You, Me, & Letting Go by Katie Kaleski

Be sure to enter the giveaway found at the end of the post!

Van Sato’s got labels. Tourettes, ADHD, SPD – words that have defined his existence since the time he was old enough to know what they meant. Now, Van wants to prove he’s more than an acronym, a syndrome, a problem kid. He takes a summer job as a day camp counselor to prove he’s capable of independence and moving on to the next phase in his life. Maybe, he might even make a friend while there. Someone who’s got just as many or even more labels than him. Someone who understands what it’s like.

Tabby Dubanowksi wants to forget about everything, the hospitalization, the judgment, the whispers behind her back. As a camp counselor, she will be admired, looked up to, and able to help people who don’t know anything about her old life. Tabby wants a fresh start and a chance to re-ignite her passion for film-making, if only for one summer.

After running away from their pasts, Van and Tabby collide in a storm cloud of attraction laced with self-doubt, insecurity, shame, and blame. Now, with Van feeling like he might have to quit his job, and Tabby struggling to quell the urge to cut, they will struggle to find themselves in a world designed to keep them apart.

Katie Kaleski has started down many career paths and held many jobs—indie craft store clerk, pizza maker, photo developer, shoe salesperson and cashier, dental assistant in the army, daycare teacher, student teacher—but her favorite one by far is being a writer.

She’s originally from Chicago, so she says things like pop, gym shoes, and front room. Her favorite food group is sugar, and she loves writing young adult novels.

So excited all these BEAUTIES are out today! 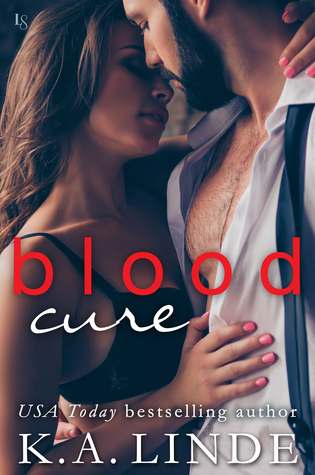 The stunning conclusion to the Blood Type series finds the world in chaos and turmoil with one final battle left to determine who will survive—humans or vampires.

She had the world on her shoulders. Now she has nothing.

Reyna Carpenter was twenty-one when she became a live-in blood escort for the ruthless and darkly handsome vampire Beckham Anderson. She thought this was just a small price to pay for feeding her brothers back home.

But nothing went as planned. Not even her tumultuous relationship with Beckham. And now she wonders if anything will ever be the same again.

As she finds herself in the midst of a losing rebellion, she and her trusted friends must flee from a city conquered by the vampire elite. With their plans blown to pieces and everything they knew and loved gone, their future hangs in the balance.

Despite all she has lost, Reyna must rise from the ashes, reclaim the life that was stolen—and complete her mission, once and for all.

To Be Honest by Maggie Ann Martin

Savannah is dreading being home alone with her overbearing mother after her sister goes off to college. But if she can just get through senior year, she’ll be able to escape to college, too. What she doesn’t count on is that her mother’s obsession with weight has only grown deeper since her appearance on an extreme weight-loss show, and now Savvy’s mom is pressuring her even harder to be constantly mindful of what she eats.

Between her mom’s diet-helicoptering, missing her sister, and worrying about her collegiate future, Savvy has enough to worry about. And then she meets George, the cute new kid at school who has insecurities of his own. As Savvy and George grow closer, they help each other discover how to live in the moment and enjoy the here and now before it disappears.

The Honeymoon Trap by Christina Hovland 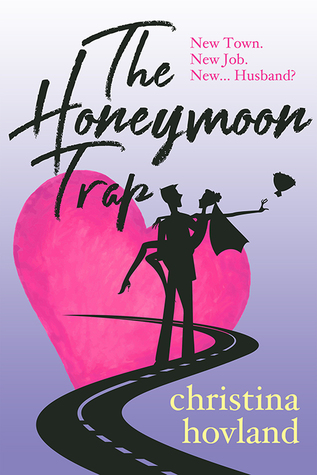 How to Survive Your Next Relationship Disaster 101

Step 1: Get pumped. Your new house, in your new town, comes with a sexy and shirtless man next door. Score!

Step 3: Hold your head high when you run into him again on the first day of your new job—literally—and spill coffee all over yourself.

Step 4: Stay calm when he introduces himself as your new boss…and then announces that your first assignment is to go on a fake honeymoon together.

Step 5: Keep your $h*t locked tight when the new boss/old crush and you are forced to sleep in the same room…with one bed.

Step 6: Try to ignore just how freaking hot he is, and how much you want to touch him… 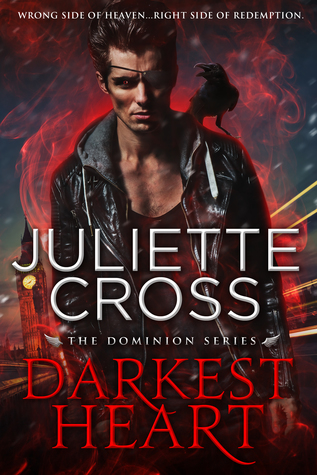 Wrong side of heaven…right side of redemption.

Anya—a stoic, blue-winged angelic warrior— was bitten by a demon prince in battle, and now she has precious little time to find a cure for his deadly venom. But the only archangel with the power to stop the dark poison from corrupting her body and soul is missing. She’ll have to trust her guide, the outcast high demon Dommiel, who is as handsome as he is dangerous if she has any hope.

An outcast of his own kind, high demon Dommiel stays under cover while the war between angels and demons rages on. But when the only person who ever showed him kindness asks for his help, he has no choice but to try to save the angel. Venturing back into the dens he has avoided for so long, Anya makes him want and feel things he never thought possible.

Ruby’s world has changed more than she ever could have imagined. She’s in love with a powerful Frost King. She’s the heir to the Fire Throne. And she may be a Nightblood–the spawn of a vengeful deity hellbent on releasing his wraithlike Minax from their prison. Once freed, these beasts will roam the earth, devouring every last person until he or she is nothing but an empty husk. But Ruby is able to control the Minax to a degree, and now she, her beloved Arcus, and her friend Kai must find a way to bring Frostbloods and Firebloods–sworn enemies–together to make a stand against a foe more deadly than any they’ve faced.

In this heart-pounding finale of Elly Blake’s gorgeously written and action-packed Frostblood Saga, the fate of Frostbloods, Firebloods, and all of humanity is at stake. .

Losing his dream, his ultimate plan, and his future- Nash Lee never expected to be facing a life without football. One wrong move and it had all changed. Going back to school for his senior year no longer appealed to him. He’d rather not leave his house. Walking back into Lawton High School, seeing pity in everyone’s eyes was just another reality in his nightmare.

Revenge wasn’t a pretty thing. Tallulah Liddell had found it was rather controlling. The way you looked at life changed completely when you clung to the ugly notion. But she’d done it anyway. From the last day of her junior year when Ryker Lee had made a fat joke about her and Nash laughed with him, she’d been driven by pain. It wasn’t like no one had made fun of her weight before. She was used to that. What had hurt so deeply was Nash’s laughter. He’d always been the one person to notice her, include her, not treat her differently. But that one moment had changed it all. From the time she walked out of the school building to the moment she returned for her senior year Tallulah had been determined to lose weight and finally be the size her peers considered acceptable.

What she wasn’t expecting on her return was to find a broken Nash Lee who no longer smiled, rarely spoke, and didn’t care about anything or anyone around him. He was just existing. But the pain in his eyes she understood all too well. He was alone. He no longer fit into the perfect package.

Have you read any of these? Any other beauties not on my list that I should know? Which one are you most excited about? Let me know in the comments.

Thanks for stopping by and have a great day!