What happens when you meet the girl of your dreams and she lives halfway across the world?

Thinking About You, a standalone book in the Forever Series by Monica Murphy is live! 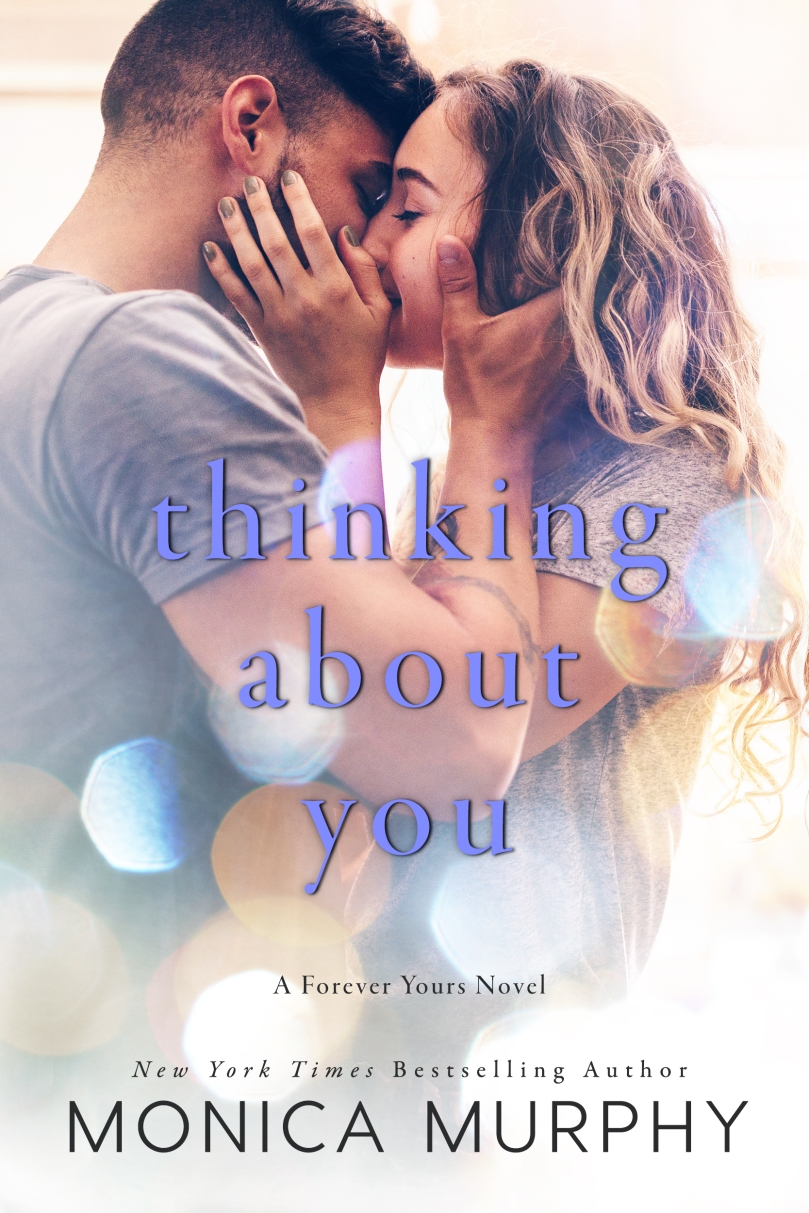 One minute I’m minding my own business at a party and the next I meet this woman who blows my mind. She’s beautiful. Smart. Funny. A little shy. I’m immediately drawn to her. We make an instant connection.

I live in California

She works part-time at an art gallery and lives off her family’s money.

Her family is nobility. I come from a single mom who always scraped to get by.

Susanna and I should have nothing in common. But when we’re together, it’s…

What are we supposed to do? Can we really make this work? I can’t give up my career. And I can’t ask her to move to California for me. All I know is, I want her in my life. 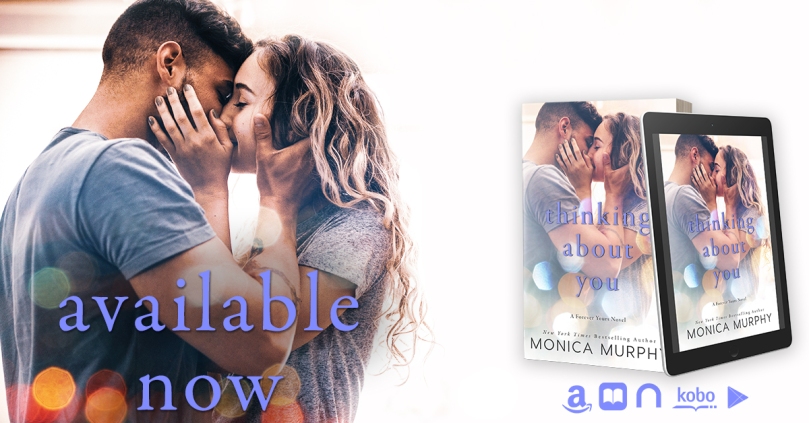 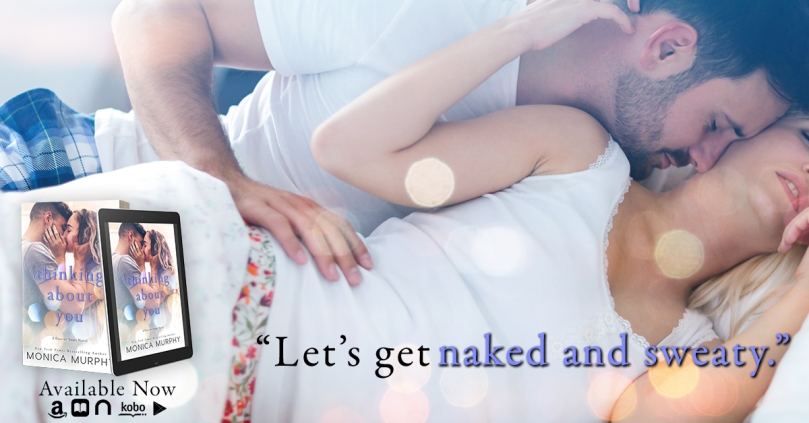 Monica Murphy is the New York Times, USA Today and #1 international bestselling author of the One Week Girlfriend series, the Billionaire Bachelors and The Rules series. Her books have been translated in almost a dozen languages and has sold over one million copies worldwide. She is both self-published and published by Random House/Bantam and Harper Collins/Avon. She writes new adult, young adult and contemporary romance.

She is a wife and a mother of three who lives in central California on fourteen acres in the middle of nowhere along with their one dog and too many cats. A self-confessed workaholic, when she’s not writing, she’s reading or hanging out with her husband and kids. She’s a firm believer in happy endings, though she will admit to putting her characters through angst-filled moments before they finally get that hard won HEA.

Thanks for stopping by loves!

I am so excited that 20 SHADES OF SHIFTERS ANTHOLOGY is available now and that I get to share the news!
If you haven’t yet heard about this wonderful box set, be sure to check out all the details below. This blitz also includes a giveaway for a $25 Amazon Gift Card (where Amazon is located), courtesy of author K.L. Bone and Rockstar Book Tours. So if you’d like a chance to win, enter in the Rafflecopter at the bottom of this post.
20 SHADES OF SHIFTERS ANTHOLOGY 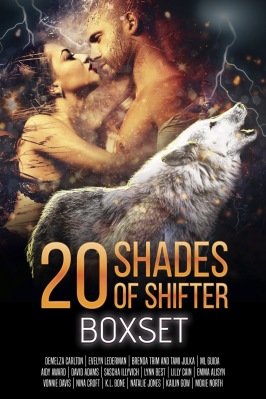 20 Shades of Shifter is a limited-edition collection of new and exclusive paranormal romance novels guaranteed to suck in you from page one.

A shape-shifting dragon must win over his reluctant mate and stop Jack the Ripper. A Fae trucker becomes allies with an MC member when trying to deliver magical motorcycles to the Fae Queen. A wolf shifter is held captive in a human research lab where he is tortured until he meets one sexy scientist. An angel risked it all to steal the elixir of life and save his mortal love’s life and over two millennia later must get her to remember she once loved an angel. These stories and many more are included in this steamy, hot collection. 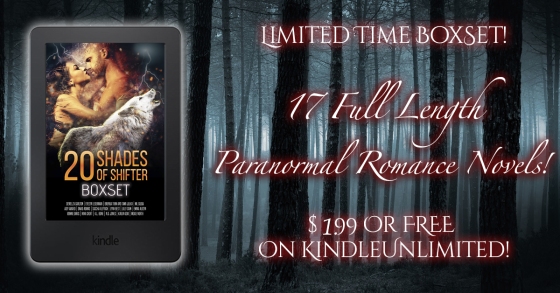 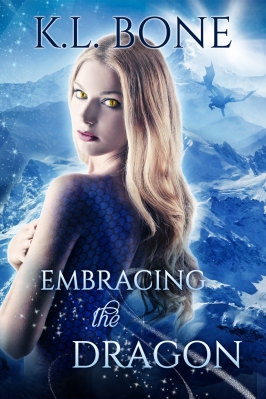 Excerpt from one of the books in the
Box Set:
Embracing
the Dragon:
The Flames
of Kalleen
By: K.L.
Bone
Ash fell from the sky, blanketing the charred ground like cascading snow. Amelia stretched out her fingers, finding the burnt residue cool against her pale skin, lacking the heat responsible for the land’s horrific transformation. As she searched the valley for the conflagration’s source, or any living being, toxic particles coated her lungs with each labored breath.
Normally this lush region would have been filled with the merry songs of chittering birds, and the scattering rustle of creatures hidden amid the tall grass. As she walked the field, the only sounds were the crunch of charred vegetation, and her occasional cough as her chest attempted to expel the smoke-laden air.
She scanned the horizon, seeking flames. Gloomy air surrounded her, with smoke so thick she couldn’t even discern the fire’s glow through its suffocating layers.
Amelia pushed forward, drawing shallow breaths as more particles lined her throat, turning coughs to occasional gags as she reached what should have been the forest’s edge. In place of towering trees, she found blackened stumps. Her heart skipped at the sight, her mind rejecting the ruined vision of the land she had loved.
“What happened?” she asked the desolate terrain. “What, by the gods, took place here?”
She had cherished this land with its lush shrubbery, thick enough to hide even her darkest secrets. A place all were once welcomed to enjoy shaded comfort, perfumed by the sweet scent of fresh grass and wildflowers. Now, only cooling embers remained.
When she reached the clearing’s center, a pitiful squeak drew her attention. She knelt, brushing her hand through ash and soot to find a bird chirping meekly between desperate gasps. Gently cradling the suffering creature between her hands, Amelia closed her eyes.
As though anticipating her intentions, the wren remained motionless against her palms, and its labored breathing eased.
Settling her mind upon the bird, soft-blue light emanated from between her fingers, bathing the unremarkable brown feathers in cerulean light. As Amelia’s power drew out the toxins poisoning the delicate creature, it first flapped its wings, and then flew from Amelia’s hands.
“Fly away,” she urged. “The air remains poisonous.”
The bird chirped in thanks before fluttering away, though Amelia was uncertain as to the safety of its chosen direction.
She resumed her survey of the ruined forest, helping a struggling squirrel in the same manner she had the bird. As it scampered away, Amelia stood and attempted to brush the soot from her hands, but only managed to smudge the fine black powder.
Without audible warning, orange flames surged toward her, forcing Amelia to jump to her left, rolling through the fire’s debris, hands and knees stinging as they encountered hidden rocks.
A roar resounded, shattering the unnatural silence as Amelia glanced toward the sky to face a looming figure.
Above, darker than the choking smoke, hovered an immense beast, its wingspan casting a wide shadow over her curled form. The deep purple wings had a feathered appearance, glowing with what appeared to be golden flames, though they did not burn. Instead the menacing creature’s wings fanned hotter, reminding Amelia of a forge fire amplified by a blacksmith’s bellow. From an ebony body, its back feet were hooved, but its front arms had claws similar to a bird’s, while larger talons protruded from the outer tips of both wings. A terrifying creature of utter destruction.
The dragon stared down with glinting silver eyes, glowing nostrils framing the fire within. With each methodical beat of its wings, Amelia’s blonde tresses were alternately tugged and blown back in the wash of hot air.
Fear consumed her, stole her breath, and froze every thought. She briefly considered running, but knew she would never escape the creature’s wrath.
Shakily, Amelia climbed to her feet, her blue eyes wide as she waited for her inevitable fate. The dragon’s jaws opened, flames spilling to engulf the girl below before she could even utter a scream.
Giveaway Details: All International
1 winner will receive a $25 Amazon Gift Card (where Amazon is located), International
Ends on February 21st at Midnight EST! 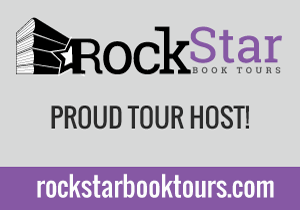