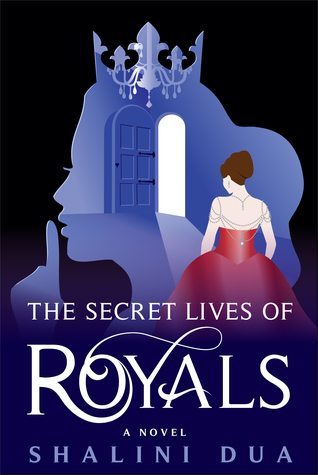 Olivia can’t take it anymore. She’s had enough of the big city and it’s lack of fulfilling her dreams. Then, just when she’s about to give up and move home, out of the blue, she is offered her dream job. Olivia is suspicious but that could just be the New York in her. She decides not to pull at threads. Despite her best efforts to remain blissfully oblivious, the secret to her life upgrade is soon uncovered when she finds herself invited to be part of a secret society.

Olivia learns that there is a thin curtain separating our world from theirs. Just beneath the surface, an entirely different one exists. One that is controlled by those of Royal lineage. The chosen ones, the Royals, hold the fate of the world in their hands. Will Olivia be able to bear the weight of the crown?

“It’s on Thursday. We’ll meet there at 8PM. A car will come to get you.” He pauses, gives me a once over and says, “The girls in the closet can help you with an outfit.” I’m caught off guard and I just stare at Connor, coolly heading off in the opposite direction as if he hasn’t just casually knocked my fashion sense, my self-confidence and basically who I have been up until this very moment.

“Thursday morning when I step out of the glass elevator at Le Salon, what can only be described as a glam squad descends upon me. When I ask where they came from, I’m informed that Connor has sent them because as they delicately put it,

The first blonde eyes me warily as if I’m a 1,000 page report on her desk that she is about to dig into.

“You are not, uh,” she looks at the others apparently searching for tact, “meeting a certain standard, uh, in terms of brand image.”

I feel like a reality TV star, a “before” to be clear. Though, I would die if anyone from Le Salon knew my thoughts were this basic. The crew sees me, moves their heads up and down to examine me in unison as if operated by the same spine, and exchanges a look that says, “We’ve got our work cut out for us.” To be honest, I’m finding them more than a little judge-y. I wouldn’t say I’m a hot mess. Although it’s true I could get my nails done a tad more often, but I live by the rule of two out of three, which is that if you can hit two of these three things every day, you are doing pretty well: hair, make-up and outfit. Admittedly, I don’t always hit two, but I had been doing okay since starting at Le Salon. I had repeatedly accomplished all three and was very proud of myself, so I’m not sure what these critical bitches are rolling their eyes about.

“Hi, I’m Sophia.” She extends a hand, Starbucks cup in the other. Sophia has dark hair and olive skin; she’s dressed in skinny black leather pants, a chic purple blouse, black pumps and aged silver jewelry. Very edgy style, but she actually seems semi-nice when compared with the other two.

“Kaley,” barely glances in my direction as she sips from her Starbucks cup. Dressed in ripped dark blue jeans and a black blazer, she seems more than a tad intimidating and clearly doesn’t have time for me.

“Trista,” with a slight nod of the head, ad for Starbucks pose, black dress and black pumps, appears to be a bit of an airhead though apparently a wiz with a make-up brush.

Sophia hands me a coffee, which I think is quite a nice gesture despite their apparent personalities.

I feel a set of hands on me as they collectively drag me into an entirely too brightly lit room somewhere left of the large closet that houses all of the fashion we use for various shoots. They push me into the tall black chair used for making-up the subjects of said photo sessions. And that is how I find myself in every woman’s nightmare, staring back at my early morning reflection, pre-coffee, in a mirror lit by at least thirty 100-watt light bulbs, which is when I stop protesting. Seriously, maybe models are not overpaid. I cannot imagine doing this for a living. I immediately develop a new respect for the gazelle-like creatures that float through this place on a daily basis and who, until today, I have been envy-judging with Mads after work in an effort to preserve the last shred of my self-esteem, which has been unceremoniously murdered by Sophia, Kaley and Trista early this morning. RIP self-esteem. You will be missed. I sip my coffee and ingest the singular source of warmth in this room. 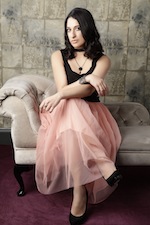 An international upbringing and a love of stories laid the foundation for wanderlust. Shalini aspires to spend her time country-hopping and consuming pop-culture, comedy and good food but the reality is often frantically downing coffee, meeting deadlines at exactly the last second and working her un-glamorous corporate job to fund all of the other pursuits. The Secret Lives of Royals is Shalini’s debut novel. Her other work includes published poetry and scripts only she has read.