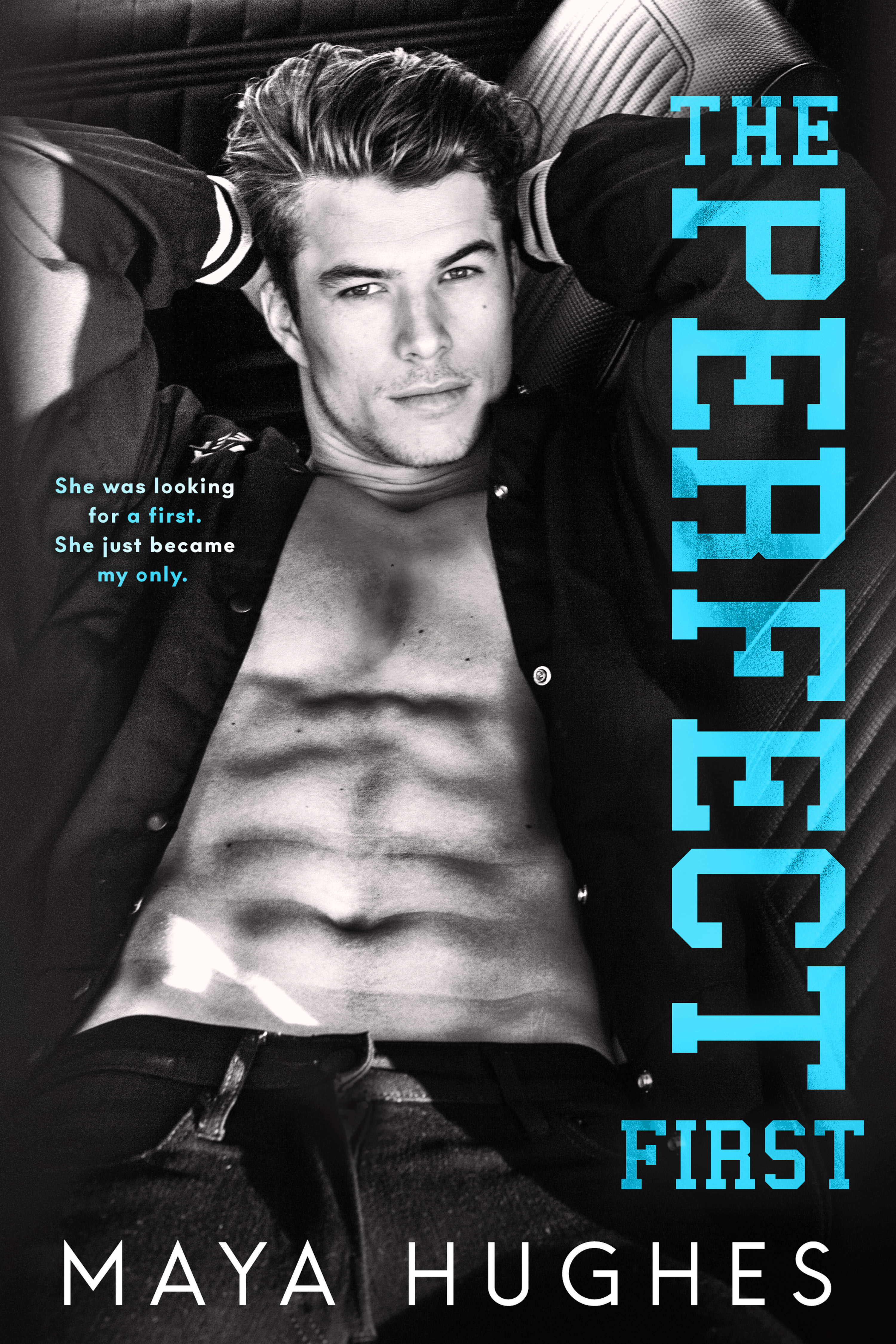 CHAPTER REVEAL SNEAK PEAK! AND GIVEAWAY DOWN BELOW!!!

“Very nice to meet you, Reece. I’m Persephone Alexander. I have a few questions we can get started with, if you don’t mind.”

“The quicker we get started, the quicker we can finish.” He looked around like he would have rather been anywhere but there.

Those giddy bubbles soured in my stomach. A server came by with the bottled waters I’d ordered. I arranged them in a neat pyramid at the end of the table.

“Would you like a water?” I held one out to him.

He eyed me like I was offering him an illicit substance but then reached out. His fingers brushed against the backs of mine and shooting sparks of excitement rushed through me. Pulling the bottle out of my grasp, he cracked it open and took a gulp.

My cheeks heated and I glanced down at my cards, flipping the ones at the front to the back.

“I have a notecard with some information for you to fill out.”

Sliding it across the table, I held out a pen for him. He took it from me, careful that our fingers didn’t touch this time. I’d have been lying if I’d said I didn’t want another touch, just to test whether or not that first one had been something more than static electricity. He filled out the biographical data on the card and handed it back to me.

“Let’s get started.” Just rip the Band-Aid off. Clearing my throat, I tapped the cards on the table. A few heads turned in our direction at the sharp, rapping sound. “When were you last tested for STDs?”

Read the rest of the Chapter Reveal!

Maya Hughes can often be found sneaking in another chapter while hiding in the bathroom from her kids! 🙂 I’m a romance writer who loves taking inspiration from everyday life, namely my husband and biggest fan. Inspiration also strikes when I hear a song, meet someone new or daydream while at soccer practice.

I’m the mom of three little ones, the wife to an amazing husband and also work full time. Some of my favorite things are cinnamon rolls, white wine, laughing until I can’t breathe and traveling with my family.

Thanks for stopping by lovelies. Don’t forget to add this book on your TBR!!!!

Reign Elise La’ Roche is savvy in business, evasive in love, and private and protective when it comes to her personal life. Born in the flavorful city of New Orleans, she is also the descendant of powerful hoodoo magick, age-old African mysticism and dark family secrets. This Creole beauty is content living a charmed existence; that is, until a strategic retaliation against her father changes her life forever. Reign is suddenly tossed into a whirlwind of betrayal, magick and the awakening of a whole new world where nothing appears to be in her control.To protect and preserve her lineage, Reign soon learns that she must embrace the one thing she’d fought years denying…a bloodline of ancient power. And with time, Reign evolves from a successful artist and gallery owner, to a woman of unlimited means and potential with one climactic goal: vengeance.

Reign, still a little off balance, began feeling distressed.  Her mind was screaming that something was wrong.  But the only thing she seemed capable of doing was to lean into Krystian’s embrace as they stood next to the limo and waited for Adrian.
Resting in Krystian’s arms, Reign took notice of something.  “A blood moon,” she mumbled.
“Yeah,” he said, looking up at the sky along with her.  “It’s supposed to mean something crazy, but I really don’t believe in superstitions.”
“It’s not crazy,” Reign responded, looking back at him, “it means that blood has been or will be spilled.”
Krystian rubbed her arms when he felt her shiver.  He had forgotten where he was for a second, and even if she didn’t partake in the practices this town was built on, Reign’s blood was rooted in it.
“Well, let’s pray for the poor soul it’s meant for.  May they rest in peace,” he replied.
When Adrian arrived all four of them climbed into the car and before they pulled off, Reign was sound asleep.
“You got her?”  Alexa questioned as they climbed out of the Towncar, Reign completely lax in Krystian’s arms.
“Do I look like I am struggling?”  He replied sarcastically, walking to the front door.
Alexa picked the spare front door key from her keychain and let them in.  Reign had nightlights strategically placed throughout, which illuminated the house enough that they didn’t need to turn on any lights.
Krystian followed Alexa to the bedroom and laid Reign’s heavily sleeping form in the turned down blankets of her bed.  He gently took off her shoes and pulled the covers up over her.
“I’ll be in the car,” she said, noting the care Krystian took in tucking her friend in.  “I’ll leave my keys in the door.  Just lock it and bring them with you on the way out.”
When Krystian was alone with Reign, he just stared at her in the dim lighting, listening to every breath she took.  After a few minutes, he brushed her tousled hair aside and kissed her forehead.
“You are so special, and I was so wrong about who I thought you were,” he whispered as he got up, then walked toward the bedroom door.  Looking back, he could still see her sleeping form; still hear rhythmic breaths of her deep slumber.
Unfortunately, what he did not see or hear was the figure that took refuge in the darkest corner of Reign’s bedroom.  He had been patiently awaiting the return of Reign Elise La’ Roche for the past three hours.  And now, with her finally here in the same room, he was filled with anxiousness and anticipation.  Eagerness mounted while waiting for the sound of the latch to the front door to turn securely in place.  Shrouded in silence and still hidden, his gaze focused on where Reign slept soundly in her bed.
Had he known of the eminent danger, he never would have left her.  He broke his promise; he would not keep her safe.  And with one deafening click as Krystian turned the key, Reign’s fate was sealed.

My name is Karimah, but almost everyone in my life has a nickname for me.  Kream, Rimah, Karma, and Kima just to name a few. I have always been highly emotional and empathic, so it made sense that from a young age I gained an unshakable interest in poetry.  Well, it makes sense to me because all of those emotions had to go somewhere.  And by the time I reached high school, a friend introduced me to romance novels, which solidified my love for words and books forever.

​For the majority of my life I focused on evolving my gifts and indulging in my love of books a secret.  I mean, people already looked at me strange because I never seemed to fit in nor could I keep my head out of the clouds.  However, life, and time, forced my creative powers to mutate, grow and evolve into that of a spoken word artist and novelist (just call me MsPhoenix).

​Initially seeing my natural talent for writing only as a hobby, I was eventually encouraged by friends to test this skill with the masses. To my surprise my work was very well received, so an entirely new world had opened up to me.  Now, I am a full-time mother of twins desperately fighting to claw my way out of a mundane nine-to-five existence and into that of a successful author. I am working towards living a dream that my fifteen year old self created; I am fighting to create the life I always wanted and know my kids deserve.  I always believed that anything is possible, and fortunately, this is no different!