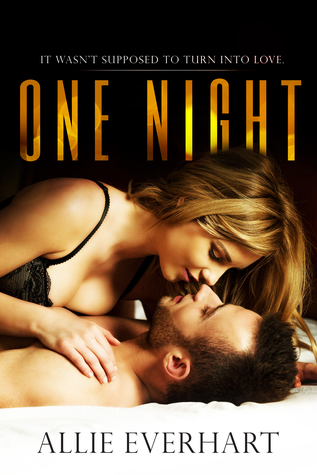 I’m a true romantic. I believe in fairy tales, soulmates, and happily ever afters. The last way I’d ever try to find my true love is with a one night stand. But that night of the party, I wasn’t looking for my soulmate. I just wanted to do something wild and crazy. So I did.

When a hot guy with dark hair, brooding eyes, and a chiseled face made eye contact with me across a crowded room, I held his stare and waited for him to come over. Before even asking my name, he kissed me. I kissed him back. And then, without giving it a second thought, I followed him to a room and had my first ever one-night stand.

The next morning, I took off. It was only supposed to be one night. Nothing more. But I couldn’t stop thinking about him. Even months later, when I was dating someone else, I was still thinking about that mysterious stranger and the night we shared. Then I found out he’s not a stranger. He’s the friend of my roommate’s boyfriend and has been looking for me all summer.

I can’t let him find me. We were never supposed to see each other again. I’ll admit it was a magical night. One I’ll never forget. There were sparks, fireworks, and this unexplained feeling that we belong together. But soulmates aren’t found with a one-night stand. They’re found with handwritten love notes. Flowers. A first kiss under the moonlight.

A one night stand is the worst love story ever. But what if it’s mine?

I lean down and kiss her, and not a short goodbye kiss, but a real kiss. Slow and drawn out and expressing what I feel for her, which is more than I should feel for a girl after knowing her for such a short time and yet I still do. My feelings for Amber are more than I’ve felt for girls I’ve dated for months. But why? Why do I feel this way? Was it the sex? Did that one night mess with my head, making me think I love this girl after knowing her for just a few hours? That can’t be it. I’ve had sex plenty of times and never felt this way.

Someone’s car alarm goes off and I slowly back away.

“You weren’t supposed to do that,” Amber says in a soft, breathy voice.

“You said I could if we’re in public.”

“No changing the rules now. If we’re in public, I can kiss you. That’s what you said.”

“Fine, but it doesn’t matter because we’re not going out like this again. We’re going back to the letters. You said you’d try it so that’s we’re going to do. No texts. No emails. Just letters. You broke the rules today by coming here but we’re going to get this back on track.”

I just smile at her, then wrap my hand around hers and lead her inside the apartment building. We go up the elevator and when we’re at her door, I say, “I didn’t break the rules.”

“What are you talking about?”

“By showing up here, I didn’t break the rules of our arrangement.”

“Yes you did. You were supposed to just write letters.”

“Oh.” She looks perplexed. “Well, that’s not really what I meant.”

“You can’t define romantic gestures. They’re different for everyone. And to me, surprising you like this was a romantic gesture, as was buying you your favorite muffin.”

“Did you look up the definition of gesture? Because you seem to know a lot about them.”

“Not really. I’m kind of learning as I go. This is all new to me. I’ve never had all these dating rules before.”

“I know it seems strange but I warned you I was a little crazy when it comes to romance. And given the way we met, I just feel like we need to step back and start again. I don’t want us to just be about sex. I want more.”

She smiles. “I’ll put extra time into it.”

“I hope so,” I say, walking to the elevator, “because if it’s like the last one, I’ll fall asleep before I even finish reading it.”

The stunned look on her face is the last thing I see before stepping into the elevator. It’s fun giving her shit about that letter. She knows it was crap and I could tell she was embarrassed by it. I can’t wait to see what she writes me next to make up for it. 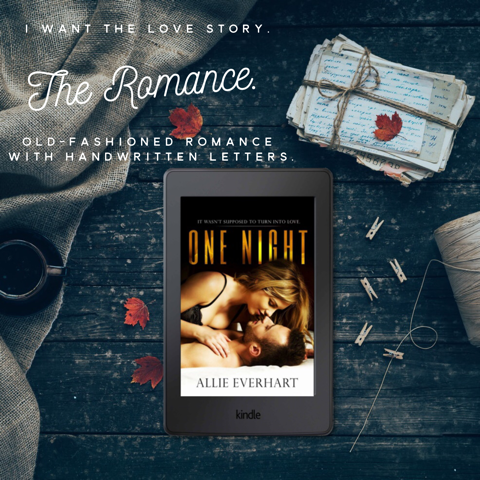 Allie Everhart writes romance and romantic suspense and is the author of the popular Jade Series, Kensington Series, Wheeler Brothers, and several standalone titles. She’s also a freelance health writer and has worked on several New York Times bestselling books. Allie’s always been a romantic, as evidenced by her early years as a wedding singer, her obsession with dating shows, and the fact that she still watches reruns of The Love Boat. When she’s not writing, she’s outside running, which is when she gets her best book ideas. 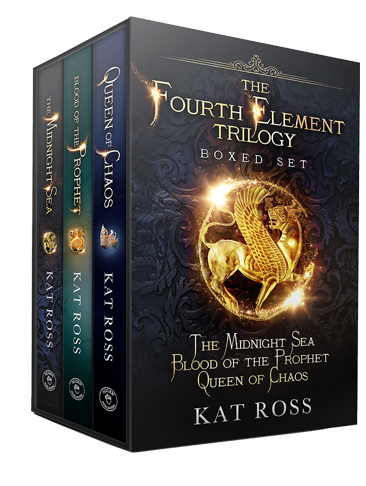 They are the light against the darkness.

The steel against the necromancy of the Druj.

And they use demons to hunt demons….

Nazafareen lives for revenge. A girl of the isolated Four-Legs Clan, all she knows about the King’s elite Water Dogs is that they leash wicked creatures called daevas to protect the empire from the Undead. But when scouts arrive to recruit young people with the gift, she leaps at the chance to join their ranks. To hunt the monsters that killed her sister.

Scarred by grief, she’s willing to pay any price, even if it requires linking with a daeva named Darius. Human in body, he’s possessed of a terrifying power, one that Nazafareen controls. But the golden cuffs that join them have an unwanted side effect. Each experiences the other’s emotions, and human and daeva start to grow dangerously close.

As they pursue a deadly foe across the arid waste of the Great Salt Plain to the glittering capital of Persepolae, unearthing the secrets of Darius’s past along the way, Nazafareen is forced to question his slavery—and her own loyalty to the empire. But with an ancient evil stirring in the north, and a young conqueror sweeping in from the west, the fate of an entire civilization may be at stake…

So begins an epic story of adventure, romance and betrayal that leads to undiscovered magical realms and a final confrontation with a demon queen bent on destroying them all. 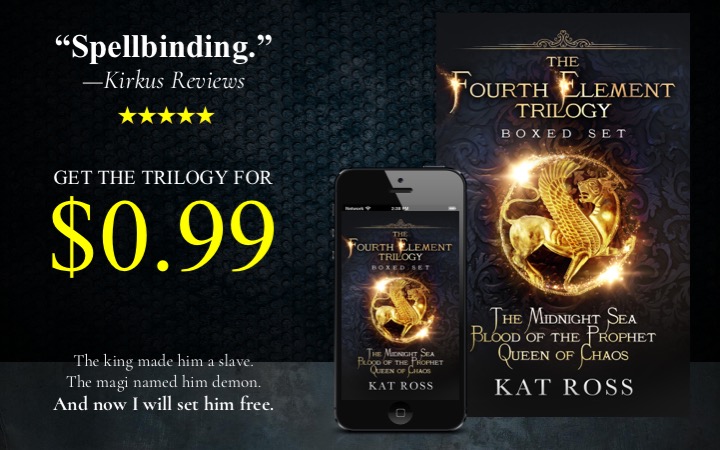 Kat Ross worked as a journalist at the United Nations for ten years before happily falling back into what she likes best: making stuff up. She’s the author of the dystopian thriller Some Fine Day, the Fourth Element fantasy trilogy (The Midnight Sea, Blood of the Prophet, Queen of Chaos), and a new gaslamp mystery series that opens with The Daemoniac and continues with The Thirteenth Gate. She loves myths, monsters and doomsday scenarios. For more information about Kat’s books, come visit her at katrossbooks.com.