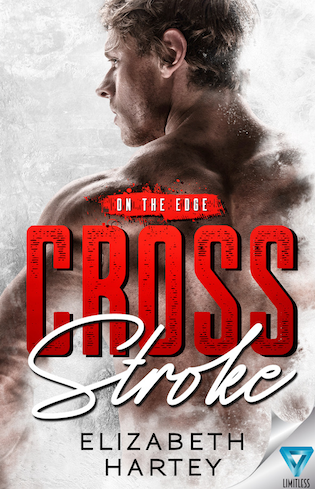 One night left my heart shattered and my reputation ruined, and now my only hope is to transfer to another university far from home. Although I’m a champion figure skater and am used to succeeding, I can’t dump the burden of distrust and intimacy I’m carrying.

But when I literally crash into the cocky captain of the hockey team, sparks fly, and the attraction is as undeniable as it is unwanted.

No way is this arrogant hottie the one to help me move past my fears. Or is he…?

Overwhelmed with guilt and remorse, I can’t forget the tragic accident that killed my first love. To avoid ever feeling that kind of agonizing loss again, I vow to stick with one-night stands with every puck bunny who glides my way and focus on keeping my position on the hockey team.

But after I meet a feisty figure skater and am then thrown together with her as a lab partner, I find I want to melt the icy walls we’ve built around our hearts.

If we don’t strangle each other first. 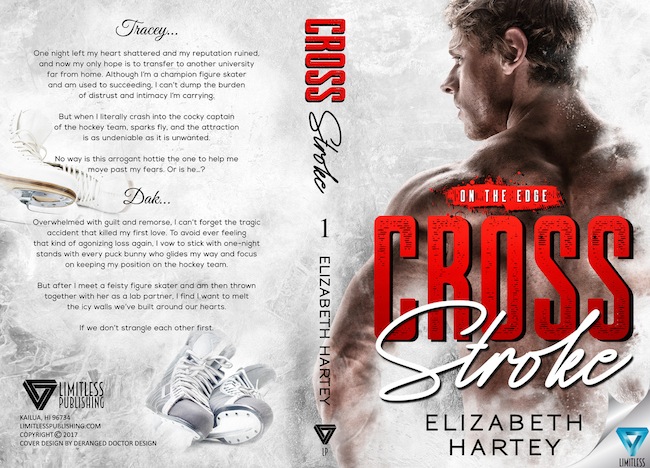 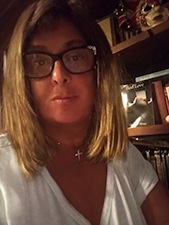 As a lover of the northeast US, my husband and I moved to the Poconos several years ago to open a Chiropractic Clinic. Four children and a menagerie of animals later, I have finally found time to fulfill my lifelong dream of writing novels. A dreamer at heart, romance is—of course—the genre I spend most of my time writing and reading into the wee hours of the morning. However, if it’s a good book, any genre can keep me immersed in the story for hours.

When I’m not juggling work responsibilities and writing, I enjoy baking, knitting, traveling, hiking the beautiful hills and woods around my home and spending time with my family.

It’s time to celebrate the amazing 2017 titles from Month9Books!

Today we are showcasing just a few of the books that you need to get and enjoy while relaxing during the holiday season.

While your here, be sure to enter the giveaway found at the end of the post!

Be on the lookout for Part 2 of the Year in Review with Month9books!

Darkness can only be controlled by those with the darkest of hearts.

Ellison lost her mother at an early age. Now, sixteen, her father has found love again. He’s happy and doesn’t quite notice that Ellison does not get along with his new wife or her vicious daughters.

When Ellison discovers a necromantic tome while traveling the secret passages of her father’s mansion, she wonders if it could be the key to her eventual freedom.

Until then, she must master her dark new power, even as her stepmother makes her a servant in her own home. And when her younger brother falls incurably ill, Ellison will do anything to ease his pain, including falling prey to her stepmother’s and stepsisters’ every whim and fancy.

Stumbling into a chance meeting with Prince William during a secret visit to her mother’s grave feels like a trick of fate when her stepmother refuses to allow Ellison to attend a palace festival where she might see him once more.

But what if Ellison could see the kind and handsome prince again? What if she could attend the festival? What if she could have everything she’s ever wanted and deserved by conjuring spirits to take revenge on her cruel stepmother? And what if she actually liked watching her stepmother suffer?

As Ellison’s power grows, she loses control over the evil spirits meant to do her bidding. And as they begin to exert their own power over Ellison, it becomes harder to tell whether it is she or her stepmother who is the true monster.

F.M. Boughan is a bibliophile, a writer, and an unabashed parrot enthusiast. She can often be found writing in local coffee shops, namely because it’s hard to concentrate with a cat lying on the keyboard and a small, colorful parrot screaming into her ear. Her work is somewhat dark, somewhat violent, somewhat hopeful, and always contains a hint of magic.

Now that Lia and Clay’s love has broken the Little Mermaid’s curse, everything has changed. Will Lia’s family remain on land, leading the only life she and her sisters have ever known, or will they move below the waves, to the sparkling new capital city? Lia is adamant about staying on land with Clay for her senior year. But at Melusine and her father’s trial, new revelations threaten what Lia holds most dear.

The verdict will shake Lia’s whole world, calling into question her future with Clay, her feelings for Caspian, and the fate of all Merkind. As she wonders who to trust, Lia sets out on a treacherous path that will lead her away from her sheltered Malibu home to a remote and mysterious school for Mermaids—Mermaids who may hold the secret to ancient magic Lia can use to either get back all she’s lost or to embark on a thrilling and dangerous journey.

It is 1890, and London has secrets. For sixteen-year-old Will Winchester, born Willow Winchester and raised as a young man, the safety of his own secrets rests one atop the other. Hiding his gender queerness is important. But so is hiding the ghostly voices of the Missing, which Will hears when no one else can … until the Spiritualist Black Cross Order of Occult Occurrences wants him in their service to keep peace between London’s living and dead.

The freedom to be himself may come with a price. Working alongside a patchwork team of misfits and unlikely allies, Will finds he isn’t the only one keeping secrets. Someone does not want him to uncover the truth about the ghosts who aren’t just missing from the world of the living, but missing from history itself. Can he find the Missing before he ends up becoming one of them?