Today KristaLyn A. Vetovich and Rockstar Book Tours are revealing the cover and an exclusive content for STRAYED, her new Paranormal which releases September 2018! Check out the awesome cover and enter to win a $10 Amazon GC!
On to the reveal! 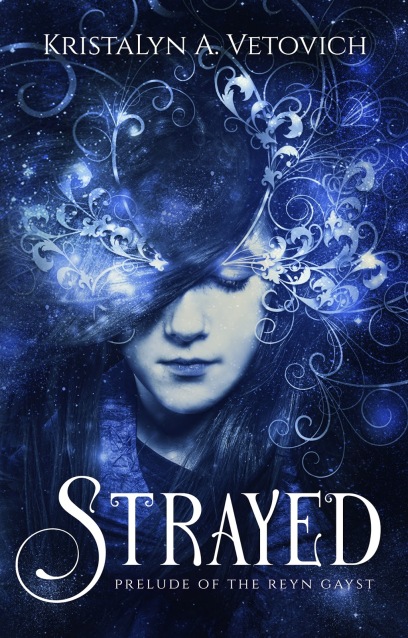 In the struggle
between good and evil, humans don’t stand a chance—not on their own.
Which is why, for
every living soul, there is a Firn: a spirit assigned to guide and defend
humans from demonic beings like the Aropfain. But earning a place in the fight
is a process that requires several lifetimes—of service, experience, and
sacrifice.
Having just returned
from her most recent life as an Ancient Roman martyr, Anaya is only one step
away from achieving that goal. And if she succeeds, she might become the Firn
with the most important mission: guiding the human that will either save—or end—the
world.
But when she’s paired
with the notoriously difficult Jordin, her chances of success suddenly start to
slip. Because Jordin isn’t like other souls. He’s strong, volatile—and a prime
target for the Aropfain. And he almost immediately falls for an Aropfain ploy
that could not only jeopardize his chances of becoming a Firn, but also
endanger the entire world.
As his partner, Anaya
is the only one who can save him. But will she succeed? Or will she fail—and
take the world down with her? 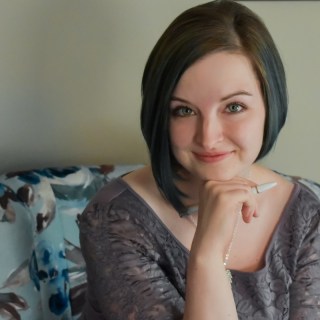 KristaLyn is the internationally
published author of seven books and one short story, including the upcoming
Prelude of the Reyn Gayst series releasing in 2018 from Glass House Press. She
graduated in 2011 from Susquehanna University with a degree in English
Literature and began traditionally publishing her novels the next year.
KristaLyn is also a certified health and life coach and enjoys infusing her
stories with motivational themes andcharacters from all walks of life.

KristaLyn lives in Pennsylvania with her husband and their corgi, Jack.
Born and raised in Central Pennsylvania, KristaLyn graduated a year early from Susquehanna University in 2011. She has visited twenty different countries on goodwill trips, once representing the US as a student ambassador with People To People Student Ambassadors. After college, KristaLyn dabbled as an amusement park performer, a Walt Disney World Cast Member, a Project Coordinator for Group Mission Trips’ Week Of Hope, and a life and wellness coach. She has always had a deep passion for travel, helping people, and spreading the importance of positivity and self-worth through
fiction writing.


Giveaway Details: 2 lucky winners will receive a $10 Amazon gift card and STRAYED swag, US Only.

Today Megan Crewe and Rockstar Book Tours are revealing the cover and an exclusive content for RUTHLESS MAGIC, her new YA Fantasy which releases May 30, 2018! Check out the awesome cover and enter the giveaway!

On to the reveal! 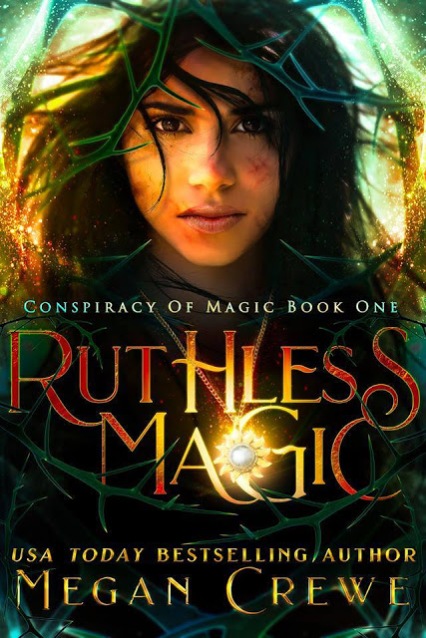 In the contest to keep their magic, the only
options may be die… or kill.

Each year, the North American Confederation of Mages assesses every
sixteen-year-old novice. Some will be chosen. The rest must undergo a procedure
to destroy their magical ability unless they prove themselves in the mysterious
and brutal Mages’ Exam.

Disadvantaged by her parents’ low standing, Rocío Lopez has dedicated herself
to expanding her considerable talent to earn a place in the Confederation.
Their rejection leaves her reeling—and determined to fight to keep her magic.

Long ashamed of his mediocre abilities, Finn Lockwood knows the Confederation
accepted him only because of his prominent family. Declaring for the Exam
instead means a chance to confirm his true worth.

Thrown into the testing with little preparation, Rocío and Finn find themselves
becoming unlikely allies—and possibly more. But the Exam holds secrets more
horrifying than either could have imagined. What are the examiners really
testing them for? And as the trials become increasingly vicious, how much are
they willing to sacrifice to win?

The start of a new series by USA Today bestselling author Megan Crewe, Ruthless
Magic combines the magic of Harry Potter with the ferocity of The Hunger Games
alongside a poignant romance. Fans of Cassandra Clare and Holly Black, look no
further for your next urban fantasy fix! 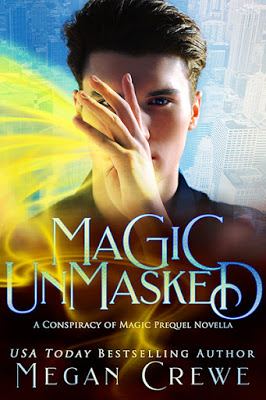 Hail pelted us, and the wind lashed at us from all sides. I could hardly
breathe. The only solid thing was Finn. I curled my fingers into the damp
fabric of his shirt and sang into the stiller space between us. “Como veían que
resistía.”
Magic hummed from the vicious air into me. An image swam up
of the grate I’d come across in the courtyard, between the buildings. A grate
that led to something below.
I knelt down, pulling Finn with me, and pressed my free hand
to the spongy ground. The wind tried to steal my next lyrics from my lips, but
the magic raced through me all the same—through me and down, down, into an open
space I sensed below us like a gasp of fresh air.
I did gasp then, and forced out a verse. I’d never magically
transported another person with me before, but I had to. I had to.
The magic rushed up around us with the thrust of my words. I
clung to Finn, singing the energy around him as tightly as I could. Then I
propelled us downward with a lurch.
We surged through rough blackness that rasped over my skin
and landed with a feet-jarring thump. I exhaled in a rush, dizzy in the sudden
quiet. My eardrums ached from the pounding of the storm we’d escaped and the
effort of the conjuring.
We crouched in total darkness. The surface beneath me felt
like concrete. Cold dank air hovered around us with a faintly salty flavor that
reminded me of the ocean.
My fingers were tangled in Finn’s shirt. His arm was still
around me. In the dark, I was abruptly aware of the rise and fall of his
rasping breath, the warmth of his chest, and the answering warmth it sent
through me.
He was alive—we were alive—and in that moment, it felt like
a miracle.

Like many authors, Megan Crewe finds writing about herself much more difficult than making things up. A few definite facts: she lives in Toronto, Canada with her husband and son (and does on occasion say “eh”), she’s always planning some new trip around the world, and she’s spent the last six years studying kung fu, so you should probably be nice to her. She has been making up stories about magic and spirits and other what ifs since before she knew how to write words on paper. These days the stories are just a lot longer.

Megan’s first novel, Give Up the Ghost, was shortlisted for the Sunburst Award for Canadian Literature of the Fantastic. The Way We Fall was nominated for the White Pine Award and made the International Literacy Association Young Adults’ Choices List, and Earth & Sky was an OLA Best Bet for 2015. She is also the author of the rest of the Fallen World series (The Lives We Lost, The Worlds We Make, and Those Who Lived), the rest of the Earth & Sky trilogy (The Clouded Sky and A Sky Unbroken), and the standalone contemporary fantasy A Mortal Song.

One lucky winner will receive a $10 Amazon gift card and a pack of Ruthless Magic swag featuring the cover and character art.