Happy Monday Lovelies! I’m here to share a book spotlight for – FOR LOVE AND ITALIAN by Liza Malloy. Scroll down for an exclusive excerpt and don’t forget to add this book on your TBR!

Undergrad Bridget is no stranger to romantic advances from men. But when she meets Owen, an instant friendship forms, even though Owen happens to be Bridget’s Italian teacher. Neither of them intends to cross that line, but once they do, they can’t deny the passion and chemistry between them. Aware that their tryst is taboo, they keep their relationship clandestine. But like all juicy secrets, this one doesn’t stay hidden for long. And once it’s out, Owen and Bridget must decide what they’re willing to risk in the name of love.

Suddenly, the car veered to the side. I had no sooner ascertained that we were now pulled along the side of a random street, devoid of other traffic at this hour, when Owen shifted the car into park.

He unfastened his belt and turned to me in one fluid motion, his mouth crashing into mine before I could even register what was happening. My heart raced but my fidgeting hands calmed instantly. The heat from his tongue was a sharp contrast to the frigid night air, and the urgency with which he devoured my lips caused a startling visceral response zipping throughout my body like an electrical current.

His hands reached for my face as mine went for his arms. I struggled to stifle a satisfied groan as my fingers squeezed the firm flesh of his biceps, which were every bit as exquisite as I remembered. One of us unbuckled my belt, enabling my other arm to reach for his thigh. I was consumed with the need to feel more of him, even as I felt myself gasping for breath amidst the passionate kiss.

I could’ve stayed like that forever, but at the fleeting flash of light from a passing car, the moment ended as quickly as it had begun. Owen pulled back, thrusting his hands into his hair.

He muttered something under his breath, but I didn’t say anything. I was literally too breathless to speak.

After a minute, I tentatively reached my hand back to his thigh. Owen stiffened at my touch, then clasped my hand in his own. He squeezed it encouragingly, then gently placed it back on my own lap. He reached over and fastened my belt around me, lingering by my ear. 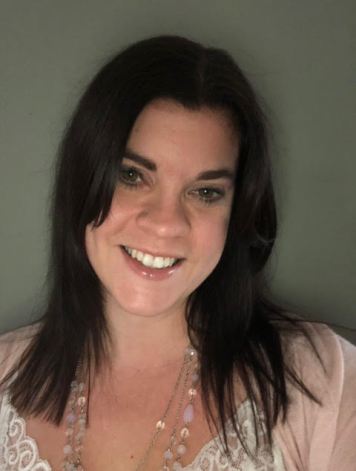 Liza Malloy writes contemporary romance, new adult romance, women’s fiction, and fantasy romance. She’s a sucker for alpha males, bad boys, dimples, and muscles, and she can’t resist a man in uniform. Liza loves creating worlds where the heroine discovers her own strength and finds her Happily Ever After. When Liza isn’t reading or writing torrid love stories, she’s a practicing attorney. Her other passions include gummy bears, jelly beans, and the occasional marathon. She lives in the Midwest with her four daughters and her own Prince Charming. Sixty Days for Love and For Love and Italian are her first published novels. She has two more steamy romances slated for release in 2019.

Thanks for stopping by and have a wonderful day!