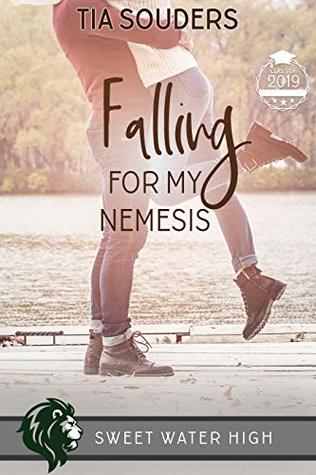 Spending time with my nemesis never felt so good.

Carson Brooks has been my enemy since the day he moved to town and tried to drown me in a rogue wave.

Not only are we enemies, but we’re not quiet about it either. We’re polar opposites. Where I’m a perfectionist and methodical in all things, he is carefree and the life of the party.

While Carson tries to trip me in the halls on a regular basis, I’m busy glaring holes through his disgustingly thick skull.

Oh, and did I mention I’m best friends with his little brother? Talk about inconvenient.

But it’s our senior year and my life is unraveling. My parents are at each other’s throats, I have yet to hear back about early admissions at the college of my choice, and I have no date to the Snowflake Ball. So, when Carson whacks me in the face with a basketball during gym class, I snap. I go for his throat–literally.

Now Sweet Water’s principal is giving us a choice: face suspension or find a way to work together on the holiday Angel Project.

Great. As if living in a warzone weren’t enough, now I have to spend time with the enemy.

But as tensions rise and we begin spending time together, I realize there’s more to Carson Brooks than his cocky exterior. Maybe I like him more than I thought. Maybe a little too much.

A burst of laughter from center-court stole my attention. I glanced over to see Carson cackling with Olivia, a basketball casually hooked under his arm, looking as carefree as ever.

I rolled my eyes and turned back to Harper. Typical. Of course he would be fawning all over someone like her. He was probably going to the dance with either her or Tasha, one of Sweet Water’s MG’s. They might be popular and beautiful, but they earned their nickname as the school’s Mean Girls for a reason. I couldn’t imagine if I showed up dateless. No doubt Carson would relish the opportunity to rub my solo-status in my face.

I could picture it now, those crystal blue eyes glittering menacingly under the disco ball in the gym, his hair dark and rumpled. Couldn’t get a date, Shorty? he’d say, and then I’d punch him.

Ugh. Why was I even thinking about him?

I crossed my arms over my chest and mustered a smile. “No worries. I’m sure I’ll—”

My words cut off at the sound of someone yelling, “Heads up!”

But it was too late. I wasn’t fast enough. I was too wrapped up in my own personal crisis to react before the basketball smashed into my face—wham!

I doubled over, my hands flying to where the ball had torpedoed into my eye socket. The pain was sharp—blinding. It took my breath away. Several seconds ticked by before I managed to straighten and inhale, blinking a few times, eyes watering as I searched my surroundings with my good eye like a pirate.

My gaze narrowed, knife-sharp, zeroing in on my assailant. None other than Carson Brooks stood right in my line of vision, a smirk plastered across his perfectly symmetrical pretty-boy face.

I dropped my hand from my throbbing eye and Harper gasped beside me, covering her mouth, mumbling a muffled, “Oh my gosh.”

I gave her a cursory glance—she wasn’t helping—before I returned my focus back to the court where Carson began to laugh. Not a chuckle, but a bent over at the waist, full on belly roll.

My hands balled at my side, while I stormed the eight feet separating us to his spot on the court, my eyes blazing, fists at the ready. I was a woman possessed as I closed the gap. All of my problems culminated in the single moment he lobbed the basketball into my face, and I was sure it was him. I had never been more certain of anything in my life. It was always him prodding me, poking me, pricking his needle-sharp jabs under my skin.

My face throbbed where he struck me with the ball, and as I neared, he laughed even harder. It took him but a minute to absorb the fury oozing from my pores, and his laughter faded, morphing into his signature smirk.

I didn’t think. I could only react, and before I knew what I was doing, before common sense could prevail, my slender fingers wrapped around his puny neck. 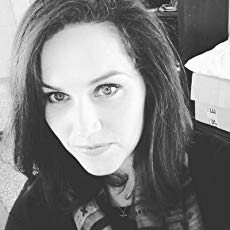 Tia Souders is a city girl turned country. If life on a farm isn’t interesting enough, renovating a century home with her hubs has kept her on her toes. There’s nothing like discovering a fried squirrel in your furnace to make life fresh again.

She’s an unapologetic wine-loving, coffeeholic with a sweet tooth. In-between wrangling her two children and drinking copious amounts of coffee, she reads and writes stories that tug on your heartstrings.

Visit her at tiasouders.com and join her newsletter for sneak peeks and more!

Prize is $10 Amazon gift card AND