Hello lovelies and welcome to my Blog Tour Stop for the Etherya’s Earth Series, by Rebecca Hefner  hosted by Silver Dagger Book Tours. This series is a reimagining of the age-old Vampyre/Slayer saga and it’s absolutely seductive, steamy, thrilling, and so much fun!

I’ll be reviewing book 2 from the series – The Elusive Sun, which is about Latimus and Lila and they are just so darn swoony and perfect for each other.  The rest of the books are all published, so you can definitely binge this addictive vampire romance. Don’t forget to follow the rest of the tour.

Lila, a high-born aristocrat of the Vampyre kingdom, was betrothed to Sathan, King of the Vampyres, for a thousand years. The betrothal, declared by the goddess Etherya, was deemed unbreakable. Although she cared for Sathan, and loved him as her king, secretly her heart yearned for his brother. When Sathan falls for another, Lila ends the betrothal, terrified at what her life will become now that she won’t be queen.

Latimus has loved Lila since they played together on the grassy riverbank as children. Knowing that his brother was the better man, he never begrudged his betrothal to the woman he secretly loved. Now that Sathan has married another, Latimus becomes aware of Lila’s feelings. Determined to push her into the arms of a worthier man, he understands that a war-torn army commander such as he could never offer her the life she deserves.

As the war against the Deamons rages, Latimus fights for his people, protecting them against the evil Deamon Crimeous. But when the Dark Lord attacks Lila, injuring her terribly, Latimus is shaken to his core. Determined to avenge her, he acknowledges the emotion that has always burned for her in his blackened heart. But Lila has moved on and as the war rages he worries that it might be too late to claim her…

Oh my FEELS!!! The Elusive Sun has exceeded all my expectations and Etherya’s Earth series will always have a piece of my heart.

Latimus and Lila have loved each other from a distance for centuries because of Lila’s betrothal to Sathan, The Vampyre King and older brother of Latimus. When Sathan falls in love with Miranda, the Slayera Princess, Lila ends her betrothal to him and embarks on a new path hoping that one day she too will have the love she’s always dreamed about. Knowing nothing but war, blood and death, Latimus continues to push Lila away believing himself too unworthy of her love. With the Daemon Lord, Crimeous, still lurking and causing pain, destruction and death, will Lila and Latimus have a chance at love and happiness and finally realize that their love is worth fighting for?

I’m absolutely addicted to this series and if you loved The End of Hatred,  then you’re going to love The Elusive Sun just as much or even more. Sathan and Miranda’s book has a bit more action, suspense, and thrill compared to this one, but Latimus and Lila’s story is flowing with so many aching and wonderful FEELS that I was an emotional mess and I LOVED it. This series has all the feels I love, but there’s just something so amazingly real, raw, and beautiful between Lila and Latimus. My heart broke and hurt so much for them and every pain, loss, and sadness they went through. They truly deserve all the love and happiness and if there’s one thing I learned from their story… it’s that even after a devastating tragedy, there’s always hope, love, family, and unexpected surprises that will get you through the darkest days.

I love Lila since the first book. She’s kind, patient, loyal, caring, and forgiving. I think she’s such a selfless person so I really enjoyed seeing become more independent living her life the way she wants. Even when she feels terrified and unsure, Lila does not give up. All the things I learned about her in this book made me admire her even more. Lila is simply amazing – she’s fierce in her own ways, incredibly brave, and has a good loving heart.

I adore Latimus with all my heart. He’s tough, courageous, loyal, and a great commander. He may act all hard and heartless at times, but Latimus is actually really noble and selfless. He does and will do anything for the people he loves. Latimus is also really sweet and quite the romantic. I swooned so much at everything he does for Lila. That man has a heart of gold and has my love and admiration forever.

I can honestly rave about everything I love about this book, but this review may never end if I do, so I’m just going to mention a few more that I love. It’s so nice to see Sathan and Miranda and their playful bantering still gives me the swoons. The supporting characters are even more charming and I can’t wait to read Arderin’s book. There’s plenty of heartwarming moments in this book that made me teary and the ending is just so sweet and perfect. I REALLY LOVE THIS BOOK/SERIES!!

Rebecca Hefner is a masterful storyteller and I’m so smitten with everything about this book and series. This alluring world filled with irresistibly charming characters, engrossing and heartfelt storylines, and steamy, sexy, and seductive romances has me utterly enthralled. I would get sucked into anything Ms. Hefner writes and I cannot wait to see what happens next in this thrilling paranormal series.

This book / series is perfect for paranormal romance fans and if you’re looking for something sultry, exhilarating, and also touching, then this is the book for you. It’s a gripping story about loss, war, and death, but it’s also such a wonderful story about family, forgiveness, love, hope and  second chances.

Sending a million virtual hugs to Rebecca Hefner for sending me a signed paperback copy of The Elusive Sun. I honestly love this series so much and will forever treasure all these book beauties.

All thoughts and opinion are my own and most definitely not affected by receiving a free copy of this book. 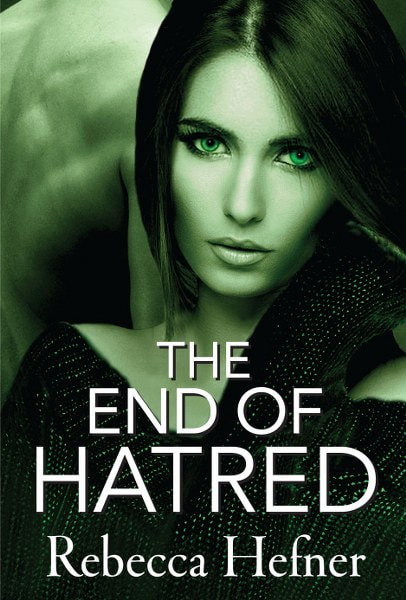 Slayer Princess
Miranda, heir to the throne, has hated the Vampyres for a thousand
years. Since the Awakening, she’s fought to protect her people,
choosing to be a warrior more than a royal. When a female Vampyre
washes up on the shore of her compound’s riverbank, she seizes the
moment to take the offensive.
Sathan, King of the Vampyres,
distraught at his sister’s disappearance and captivity, agrees to
travel with Miranda to resect the Blade of Pestilence, also hoping to
change his people’s state of endless war. Although the woman hates
him due to the constant raids on her compound for the Slayers’
life-giving blood, he can’t help but admire the stubborn and strong
princess.
As their journey progresses, both begin to
understand that they are aligned in their hatred of Crimeous, leader
of the Deamons, as well as their hope for peace between the Slayers
and Vampyres. Determined to fight their growing attraction, they
forge a tentative truce. But old wounds run deep and trust is scarce.
Their faith in each other must remain strong or all will be lost…

**The Etherya’s Earth series is best read in order, so that the reader can enjoy the evolution of the characters. After all, the author loves a good twist and wants the reader to uncover them organically. However, readers of romance rest assured that each book has its own featured hero/heroine and HEA. 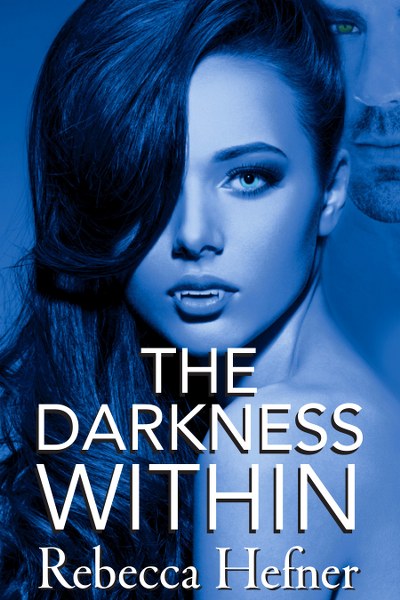 Arderin,
princess of the illustrious Vampyre kingdom, has always marched to
the beat of her own drum. Motivated by a calling to heal others,
frustration consumes her since her brother, King Sathan, doesn’t
understand her desire to study medicine in the human world. Moreover,
the son of the Dark Lord Crimeous has moved onto their compound and
he seems obsessed with driving her absolutely insane. Hating him for
his sharp tongue and dark nature, she tries to squelch her unwelcome
attraction to him.
Darkrip has been enthralled by Arderin
since the night he knocked her unconscious and sent her down the
river, prompting the end of the War of the Species. Never has he met
a woman more beautiful and passionate. Frustrated by her dramatics
and consumed by his desire for her, he vows to stay away. For the son
of Crimeous, with his malevolent blood, could never have children or
a normal life.
When Crimeous threatens both their lives,
forcing them into a shared captivity, they do everything they can to
escape and survive. As their connection grows, so does their
attraction. Knowing they have no future together, and the
consequences of furthering their relationship would be disastrous,
they forge ahead in the conflict against the Dark Lord. But the
Universe is fickle and can muddle with even the best laid intentions… 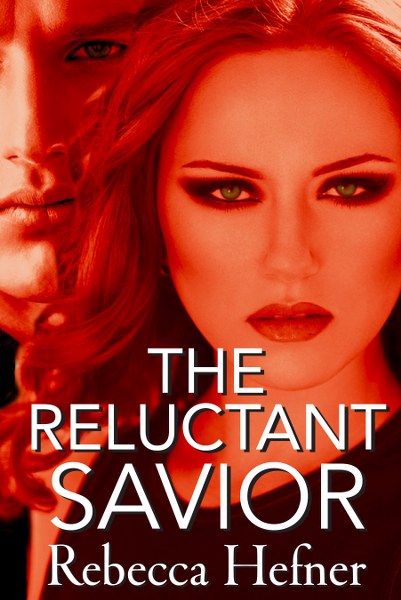 Evie,
daughter of virtuous Princess Rina and malicious Deamon King
Crimeous, is a woman torn in half. The first centuries of her life
taught her fervent lessons about pain and suffering. For ages, she
suppressed her mother’s noble blood, crafting a reality where she
was drifting alone, needing no one. Until an ancient prophecy calls
to her, possibly creating a purpose for her squalid
existence.
Kenden has commanded the Slayer army for a thousand
years. Strong, cunning and loyal, he longs for the day when Crimeous
has been defeated and he can settle down to build a family. Focused
on conquering the Dark Lord, he is stunned when Evie makes a brazen
demand that must be fulfilled before she chooses to fight with
them.
Although incensed by Evie’s ultimatum, Kenden has
never desired a woman more than the flame-haired vixen. Though she
stirs his ire, he also has a deep well of compassion for the beauty
who suffered so much trauma centuries ago. Together they train and by
night their connection grows, building toward the moment when they
will battle her father. But, in the end, Evie has a choice and
struggles to espouse righteousness over malevolence. For when one’s
worst fears are exposed, the evil is so much easier to embrace…

Rebecca Hefner grew up in Western NC and now calls the Hudson River of NYC home.  In her youth, she would sneak into her mother’s bedroom and raid the bookshelf, falling in love with the stories of Judith McNaught, Sandra Brown and Nora Roberts.  Years later that love of a good romance, with lots of great characters and conflicts, has extended to her other favorite authors such as JR Ward and Lisa Kleypas.  Also a huge Game of Thrones and Star Wars fan, she loves an epic fantasy and a surprise twist (Luke, he IS your father).

Rebecca published her first book in November of 2018.  Before that, she had an extensive twelve-year medical device sales career, where she fought to shatter the glass ceiling in a Corporate America world dominated by men.  After saving up for years, she left her established career to follow the long, winding and scary path of becoming a full-time author.  Due to her experience, you’ll find her books filled with strong, smart heroines on a personal journey to find inner fortitude and peace while combating sexism and misogyny.  She would be thrilled to hear from you anytime at rebecca@rebeccahefner.com

Follow the tour HERE
for exclusive excerpts, guest posts and a giveaway!

Thanks for stopping by lovelies and I hope you enjoyed reading my review.

As always, have a great and lovely day!