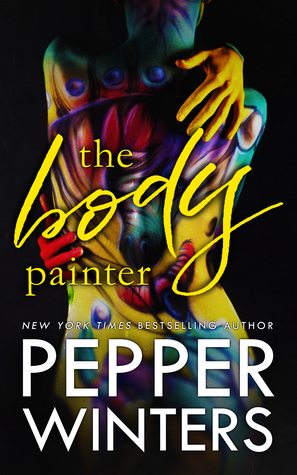 “Must be slim, able to stand for long periods of time, and be impervious to the cold.”

The headline caught my attention.

The second line piqued my curiosity.

“Able to hold your bladder and tongue, refrain from opinions or suggestions, and be the perfect living canvas.”

The third made me scowl.

“Other attributes required: non-ticklish, contortionist, and obedient. Must also enjoy being studied while naked in a crowd.”

The fourth made me shudder.

“Call or email ‘YOUR SKIN, HIS CANVAS’ if interested in applying.”

The final made my heart race.

I should’ve kept scrolling past the advertisement.

I should’ve applied for the boring receptionist job at minimum wage.

I should’ve clicked on any other job where I got to keep my clothes on.

My interview is tomorrow…

“Um, hi? I’m…eh, here for the interview?” I stepped warily toward the noise.

Another curse followed by a loud thump.

“I heard you the first time.” A man appeared from the darkness.

A man with shaggy dark hair, five o’clock shadow, and eyes so maliciously green they masqueraded as body parts but were really well-honed weapons.

A man who was bleeding from his temple, limping, and holding his elbow as if it needed reattaching.

“Sorry, I didn’t know if—” I gulped as something long ago tugged in remembrance.

I stumbled under the weight.

Punched by the unbelievable.

More gorgeous than he’d ever been.

I fought every instinct to go to him.

Did my best not to grab him, kiss him, shake him, slap him.

A gust of air blasted through the warehouse as if the winds of fate woke up, felt a tug on whatever linked us together, and clapped its hands in glee, saying, ‘Yes, this will be fun. Let’s put these two back together again.’

“Olin? Fuck…it’s you.” His gaze tore over me as hungrily as mine tore over him.

Time stood still. It reversed. It plopped us right back in the past where this boy had held my heart, and I’d captured his, and together we knew it would always be about us.

There is no more us.

I stumbled toward him, desperate to be nearer despite so much pain. “I can’t believe this. What are you doing here?”

“What am I? What are you?” He tripped in my direction, his face etched with lines I hadn’t seen in his youth, his body all angles and threats. As fast as he’d headed toward me, he halted as if yanked back by a rope. His face fell. His shock at seeing me morphed into hardness.

I didn’t understand how he could change so much in a few short seconds.

Goosebumps decorated me as coldness settled like a cloak around his shoulders.

“I’ve been back in Birmingham two years. I—” I stopped talking, unable to share the secrets that followed such a statement. “I…”

He closed his eyes, shutting me out as if battling something deep within him. Deliberately, he took a step back, his chin coming up, his coldness settling into ice.

The silence that’d chased us in our fledgling romance returned, thick and heavy.

My back prickled. My mouth turned dry.

Too much distance existed between us, swelling with memory of how things had ended, why we were strangers now, and just how much heartbreak had been left behind.

Along with silence came shadows, creeping over Gil’s expression, shutting down any remaining signs of his shock and gratefulness at seeing me. Heartbeat by heartbeat, he hid any sign that my visit was a welcome one.

I struggled, not knowing what to say.

His gaze no longer held happiness, just aching emptiness and suspicion. “How did you find me?” He didn’t give me chance to reply. “You can’t be here, Olin. You need to leave. I don’t want you anywhere near me.” 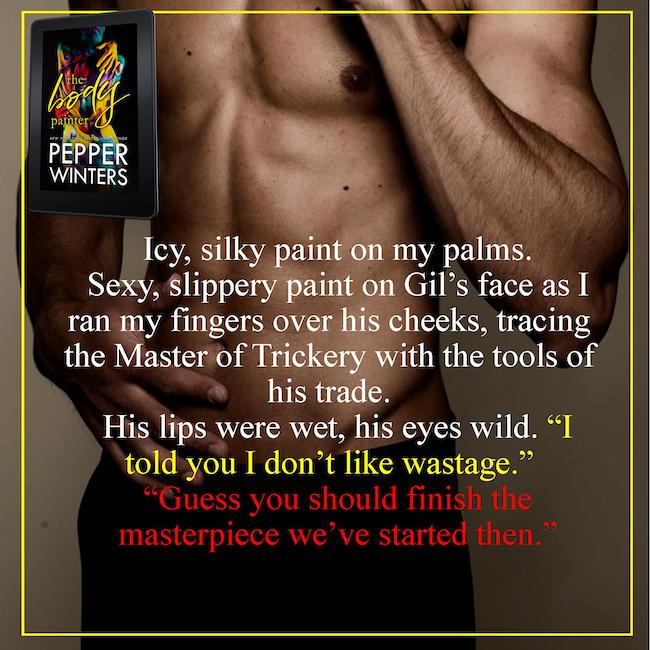 Pepper is a Hybrid Author of both Traditional and Self-published work. Her Pure Corruption Series was released by Grand Central, Hachette.

Her books have garnered foreign interest and are currently being translated into numerous languages, including already released titles in Italian, French, German, Hebrew, and Turkish.

Win a signed copy of The Body Painter

Hello fellow book lovers! Welcome to my Blog Tour Stop for Steal My Heart by Aimee O’Brian hosted by Xpresso Book Tours. Don’t forget to follow the rest of the tour and join the giveaway at the end. When a fantasy turns into a cold reality

Lexanne Harris had a plan down to the last sexy detail. Never did she think her attempt to spice up her love life with her boyfriend would involve her in a burglary with a sexier than sin thief whose emerald eyes and serious between the sheets skills are impossible to forget. As a police detective she is expected to stand on the side of the law and fight for justice. But what happens when the lines of justice blur and what’s wrong becomes way too tempting?

The situation might be challenging but Lexanne is determined to get assigned to the case, recover the jewels and catch the culprit.

The question is: What will she do with her sexy cat burglar when she catches him?

Hilarious, steamy, and thrilling, Steal My Heart  by Aimee O’Brian is a sexy romantic suspense that had me hooked from the very beginning.

Who doesn’t want to live out their sexual fantasies and do a little role playing here and there? In this story, Lexanne’s attempt to spice up her love life does not play out according to plan, but surprisingly turns into an unforgettable, steamy, and sinful encounter with a burglar who leaves her breathless and wanting more. As a detective, Lexanne wants to do the right thing and stand on the side of law. But what happens when her irresistibly hot thief turns out to be a modern-day Robin Hood? Will she give into temptation and let him steal her heart away?

This is a short read, but quite addictive, fun, and titillating. Not going to lie… the idea of having sexual intercourse with a stranger is unsettling in so many ways, but there’s definitely an appeal to it. As long as the mystery stranger is actually someone decent…which in this case he really is. So, yes it’s not a story for everyone, but if you get into it like I did, then you’ll want to devour the entire thing in just a few hours. There’s just something so enticing with stories that deliver instant gratification in an effortless way. This one does exactly that and I’m totally not complaining. I enjoyed the humor, the delicious anticipation, the steamy scenes, the suspense, and the kind of swoony, sweet, and romantic relationship that develops between Lexanne and Gideon.

An irresistibly seductive modern-day Robin Hood love story , Steal My Heart by Aimee O’Brian is a fun and absolutely sexy read. The writing style is smooth, the plot is fast-paced and exciting, and the characters are likable and entertaining. The ending is fitting and quite romantic and I really did enjoy this story. I’m definitely looking forward to picking up whatever O’Brian writes next.

I received an advance reader copy of this book from the publisher and Xpresso Book Tours for participating in a Book Blog Tour. All thoughts and opinions are my own. Having lived in both California and Texas, Aimee O’Brian now resides in the beautiful wine country. With her three children grown and experiencing their own adventures, she and her husband are free to explore the world. When she’s not reading, writing, or planting even more perennials in her garden, she can be found stomping through ancient ruins and getting lost in museums.

August 19th
–Underneath the Covers  >> Excerpt
–Book Lovers 4Ever >> Excerpt

Thanks for stopping by lovelies! Hope you enjoyed reading this review. Until next time, take care and have a wonderful day!