She will become one of the world’s greatest heroes: WONDER WOMAN. But first she is Diana, Princess of the Amazons. And her fight is just beginning. . . .

Diana longs to prove herself to her legendary warrior sisters. But when the opportunity finally comes, she throws away her chance at glory and breaks Amazon law—risking exile—to save a mere mortal. Even worse, Alia Keralis is no ordinary girl and with this single brave act, Diana may have doomed the world.

Alia just wanted to escape her overprotective brother with a semester at sea. She doesn’t know she is being hunted. When a bomb detonates aboard her ship, Alia is rescued by a mysterious girl of extraordinary strength and forced to confront a horrible truth: Alia is a Warbringer—a direct descendant of the infamous Helen of Troy, fated to bring about an age of bloodshed and misery.

Together, Diana and Alia will face an army of enemies—mortal and divine—determined to either destroy or possess the Warbringer. If they have any hope of saving both their worlds, they will have to stand side by side against the tide of war.

This has been one of my anticipated reads for the year and I was really happy when I was able to get a copy thanks to my friend. So why haven’t I read it? I’m a mood reader most of the time and summer is for light, fluffy, fun contemporaries while fall/winter is mostly for fantasy and sci-fi. But every now and then I do mix things up. However, I can’t help myself when requesting ARCs and to my surprise, I get approved so now I have a long list to read for reviews. Not that I’m complaining because I only request books I would want to read. But I probably need to slow down since I want to read some other books I already have… Can you say #booknerdproblems or what?!?!? 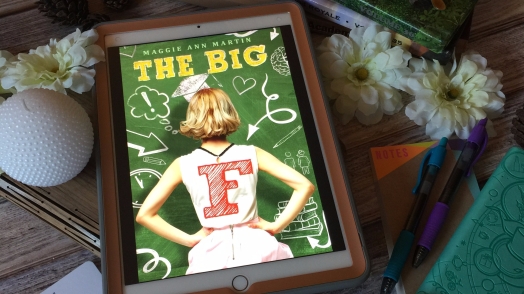 DANIELLE’S PLANS FOR THE FUTURE WERE PRETTY EASY TO FIGURE OUT… UNTIL SHE FAILED SENIOR ENGLISH AND HER SINGLE COLLEGE APPLICATION WAS DENIED. SUDDENLY SHE’S IN HOT WATER WITH VERY FEW OPTIONS, BECAUSE HONESTLY WHO APPLIES TO A SAFETY SCHOOL WHEN THEIR MOM IS A SEMI-FAMOUS “COLLEGE PSYCHIC”?!

DETERMINED TO GET HER LIFE BACK ON TRACK, DANIELLE ENROLLS IN HER HOMETOWN COMMUNITY COLLEGE WITH A PLAN: PASS HER ENGLISH CLASS AND GET BACK INTO OHIO STATE AND HER MOTHER’S GOOD GRACES. ROMANCE ISN’T ON HER RADAR… UNTIL SHE RECONNECTS WITH HER CHILDHOOD CRUSH AND GOLDEN-BOY-NEXT-DOOR, LUKE.

BETWEEN FAMILY DRAMA, FIRST LOVE AND FINDING HER OWN WAY, DANIELLE CAN’T HELP BUT FEEL A LITTLE OVERWHELMED. THANKFULLY SHE HAS HER FRIENDSHIP WITH THE SNARKY AND FRUSTRATINGLY ATTRACTIVE PORTER, HER COWORKER AT THE CAMPUS BOOKSTORE, TO PUSH HER TO EXPERIENCE NEW THINGS AND HELP KEEP HER AFLOAT.

ONE THING’S FOR SURE: THIS TIME, FAILURE’S NOT AN OPTION.

There are so many things I love about this book – terrific writing, realistic characters, great family dynamics, awesome friendships, and sweet romance. But what I love most is the coming of age aspect and the many life lessons Martin weaves throughout the story. Failure doesn’t mean the end of everything. Life may not always go according to plan, but that’s okay. You can always create new goals, new plans, and new paths. Read my full review here. 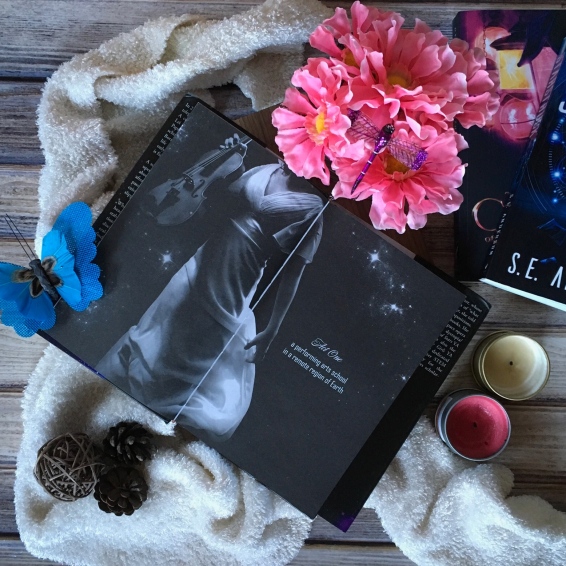 SOME MELODIES REACH ACROSS THE STARS.

IN 2157, THE ADRYIL—AN ADVANCED RACE OF TELEPATHIC HUMANOIDS—CONTACTED EARTH. A CENTURY LATER, 15-YEAR-OLD VIOLIST IRIS LEI CONSIDERS HERSELF LUCKY TO ATTEND PAPILIO, A PRESTIGIOUS PERFORMING ARTS SCHOOL POWERED BY THEIR TECHNOLOGY. BORN PENNILESS, IRIS’S ONE SHOT AT A BETTER LIFE IS TO ATTRACT AN ADRYIL PATRON. BUT ONLY THE BEST GET HIRED, AND COMPETITION IS FIERCE.

A SUDDEN ENCOUNTER WITH AN ADRYIL BOY UPENDS HER WORLD. IRIS LONGS TO LEARN ABOUT HIM AND HIS FARAWAY REALM, BUT AFTER THE AUTHORITIES ARREST HIM FOR TRESPASSING, THE ONLY EVIDENCE SHE HAS OF HIS EXISTENCE IS THE MYSTERIOUS ALIEN DEVICE HE SLIPPED TO HER.

WHEN SHE STARTS HEARING HIS VOICE IN HER HEAD, SHE WONDERS IF HER WORLD OF BACKSTABBING ARTISTS AND PRESSURE FOR PERFECTION IS DRIVING HER INSANE. THEN, SHE DISCOVERS THAT HER VISIONS OF HIM ARE REAL—BY WAY OF TELEPATHY—AND SOON FINDS HERSELF LOST IN THE KIND OF IMPOSSIBLE LOVE SHE DEPICTS IN HER MUSIC.

BUT EVEN AS THEIR BOND DEEPENS, IRIS REALIZES THAT HE’S HIDING SOMETHING FROM HER—AND IT’S DANGEROUS. HER QUEST FOR ANSWERS LEADS HER PAST HER SHELTERED WORLD TO A STRANGE PLANET LIGHTYEARS AWAY, WHERE SHE UNCOVERS SECRETS ABOUT EARTH’S ALIEN ALLIES THAT SHATTER EVERYTHING SHE KNOWS.

Starswept is absolutely beautiful through and through. I mean the book itself is ridiculously gorgeous! The cover, the design, and the interior chapter spreads… I seriously don’t think I’ve ever seen such a pretty book. And you know the saying “Don’t judge a book by its cover,” well you can just throw that out the window right now because Starswept is stunning and undeniably mesmerizing. Read my full review here. 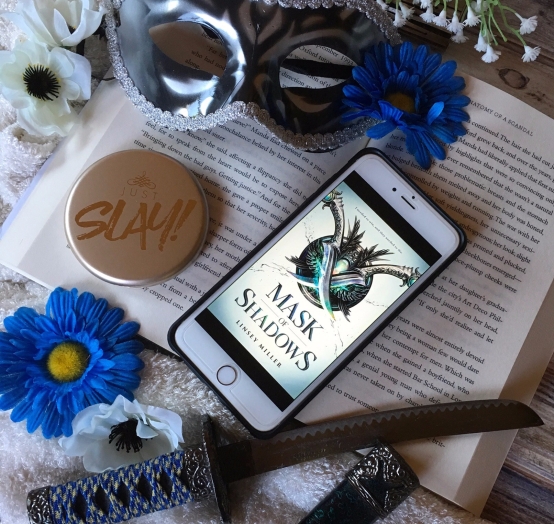 Sallot Leon is a thief, and a good one at that. But gender fluid Sal wants nothing more than to escape the drudgery of life as a highway robber and get closer to the upper-class and the nobles who destroyed their home.

So I’m about halfway done with this book and I don’t really know how I feel about it yet. Some parts I really like and the world building is interesting but not well developed. Also, I’m just not feeling the wow moment just yet. Not to mention it’s giving me Hunger Games vibes but not in a good way. I do like the main character a lot and there’s plenty of action and intrigue to keep the story moving along. The romance so far is good and enjoyable. I’m hoping to finish this today and have my full review up later.

In a world where every word and gesture is copyrighted, patented or trademarked, one girl elects to remain silent rather than pay to speak, and her defiant and unexpected silence threatens to unravel the very fabric of society.

Speth Jime is anxious to deliver her Last Day speech and celebrate her transition into adulthood. The moment she turns fifteen, Speth must pay for every word she speaks (“Sorry” is a flat ten dollars and a legal admission of guilt), for every nod ($0.99/sec), for every scream ($0.99/sec) and even every gesture of affection. She’s been raised to know the consequences of falling into debt, and can’t begin to imagine the pain of having her eyes shocked for speaking words that she’s unable to afford.

But when Speth’s friend Beecher commits suicide rather than work off his family’s crippling debt, she can’t express her shock and dismay without breaking her Last Day contract and sending her family into Collection. Backed into a corner, Speth finds a loophole: rather than read her speech – rather than say anything at all – she closes her mouth and vows never to speak again. Speth’s unexpected defiance of tradition sparks a media frenzy, inspiring others to follow in her footsteps, and threatens to destroy her, her family and the entire city around them.

So I won this book on a giveway and have been looking forward to reading. Again, I really need to stop requesting for ARCs and/or buying books… but you know I just can’t help it sometimes…

Thanks for reading loves!