SALLOT LEON IS A THIEF, AND A GOOD ONE AT THAT. BUT GENDER FLUID SAL WANTS NOTHING MORE THAN TO ESCAPE THE DRUDGERY OF LIFE AS A HIGHWAY ROBBER AND GET CLOSER TO THE UPPER-CLASS AND THE NOBLES WHO DESTROYED THEIR HOME.

Mask of Shadows by Linsey Miller is an interesting read, but I just wasn’t that into it.

About halfway through the book, I was still looking for that magic…that oomph… that “WOW” moment. There’s plenty of action and the pacing was great, but it just wasn’t that exciting. The world building is creative, but not well developed. The plot does get interesting a few times, but it gave me Hunger Games vibes… and not in a good way. There were just way too much information on the rules and training on how to do this and that and not enough build-up or suspense. 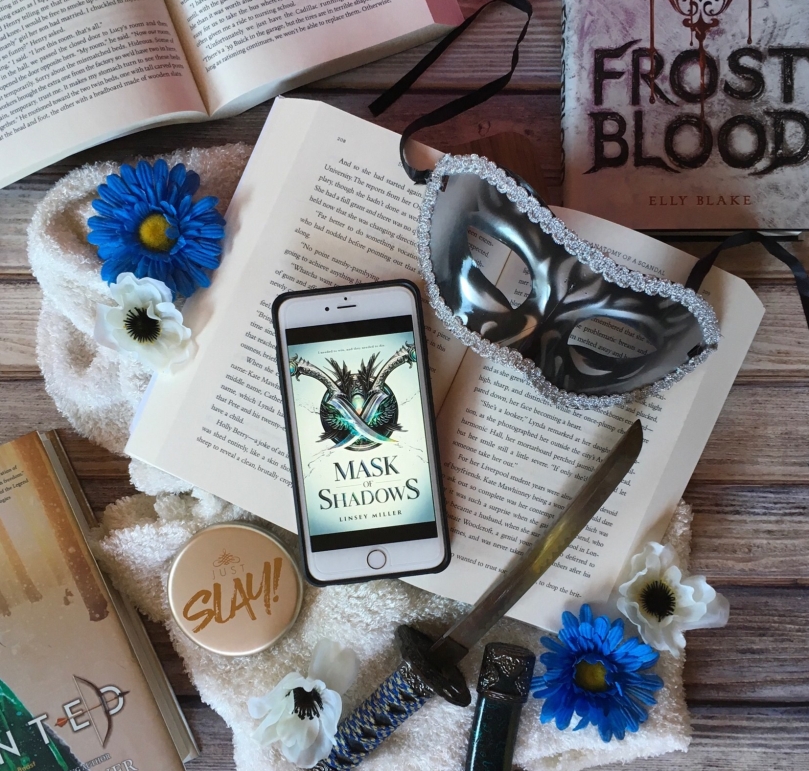 So what kept me going? The main character, Sal, and the romance.

Sal is just so badass. They’re cunning, resourceful, driven and deadly. There’s something sinister and very dark about them — they enjoy killing and see nothing wrong with it. But then there’s a side of them that’s also sweet, kind, funny and genuine. There’s a sense of goodness in Sal that makes them shine and you can’t help but root for them. They’re complicated in so many ways, devastatingly flawed, undeniably vulnerable, but also so darn lovable!

The romance was by far my favorite part of this book. The push and pull between Sal and Elise was actually more exciting than the actual plot. Their chemistry definitely had me swooning and I looked forward to every scene with them in it.

The cover of this book is stunning and that premise sounds really amazing, but I just wasn’t blown away. It did get a little better towards the end, but I wish there was just more development, more excitement and more suspense. I do appreciate the gender-fluid MC and diversity. We definitely need more of those in books so thank you Miller!

While this book didn’t quite work for me, I do think Miller has some great ideas and the potential to write an amazing sequel. I’m not too confident I can recommend this 100%, but just because I didn’t love it, doesn’t mean you won’t. Also, I’m still quite interested in reading the sequel because after that ending… well I just have to know what happens next.