At fourteen years old, I loved him.
Hard.
So hard it hurt.
I loved him, but love isn’t what it was.
It was a game, a lie. And I would never be the same.
I fell in love with a liar, and when the truth was uncovered, he left my heart shattered and never looked back.
So I didn’t either. I moved on, went to college, and I lived my life without him, pushing thoughts of him away whenever they tried to break through the bubble I had created for myself.
I was twenty-four when he came back into my life, a month before I was set to marry someone else, someone who had pieced together the broken parts he had left behind.
I shouldn’t have agreed to meet with him, but I did. I had to.
My heart broke all over again.
My head and heart were officially at war.
I had a choice to make, and it should have been easy, but it wasn’t. Because whatever choice I made, head or heart, I knew it would break me.

Dominique Laura is an advocate for love and mental health. She’s snarky and sarcastic, and she lives in sunny Los Angeles with her dog, who she’s slightly obsessed with. When she isn’t writing, she’s either reading or swooning over animals. 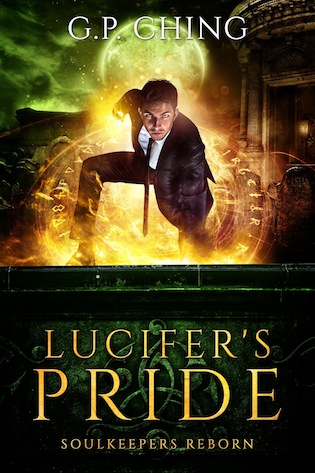 No one comes between the Devil and his pride.

To save his friends, Finn Wager opened a bridge between worlds. But the dark magic he used exacted a terrible price. Unable to remain on the Soulkeeper team, he joins a coven of magicians in New Orleans, vowing to undo the damage he’s caused. But when he tries to save the day, he ends up making everything worse.

Numbers dwindling, the Soulkeepers are more vulnerable than ever. The new Healer is reluctant to replace Hope on the team. Even if he decides to try, he’ll have to pass an initiation by the Immortals with life or death consequences. Meanwhile, the Soulkeepers are without the leader they need.

Twice, the Soulkeepers have evaded Lucifer’s clutches and injured his pride. Now it’s personal. He’ll stop at nothing to exploit their weaknesses, take back his power, and end the Soulkeepers for good. Unless through courage, loyalty, and self-sacrifice, they can find a way to become a team again. 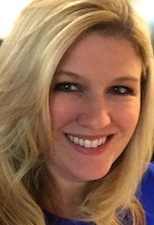 G.P. Ching is a USA Today bestselling author of science fiction and fantasy novels for young adults and not-so-young adults. She bakes wicked cookies, is commonly believed to be raised by wolves, and thinks both the ocean and the North Woods hold magical healing powers. G.P.’s idea of the perfect day involves several cups of coffee and a heavy dose of nature. She splits her time between central Illinois and Hilton Head Island with her husband, two children, and a Brittany spaniel named Jack, who is always ready for the next adventure.

Join her VIP list to receive a free story and be eligible for specials and perks!