Hello to all my amazing bookish friends!! I’m a little late posting my Goodreads Monday, but here it is!!! Goodreads Monday is a weekly meme by Lauren’s Page Turners’ blog!

To participate, just choose a random book from your Goodreads TBR and show it off. For this meme, I’ll be focusing on a random book that I don’t own (hardcopy or ebooks) on my Goodreads “want-to-read” page.

Amy Lennox doesn’t know quite what to expect when she and her mother pick up and leave Germany for Scotland, heading to her mother’s childhood home of Lennox House on the island of Stormsay.

Amy’s grandmother, Lady Mairead, insists that Amy must read while she resides at Lennox House—but not in the usual way. It turns out that Amy is a book jumper, able to leap into a story and interact with the world inside. As thrilling as Amy’s new power is, it also brings danger: someone is stealing from the books she visits, and that person may be after her life. Teaming up with fellow book jumper Will, Amy vows to get to the bottom of the thefts—at whatever cost.

I was immediately drawn to this book because of the cover and title. When I read the synopsis and saw that it was taking place in Scotland (and in fictional worlds), I was itching so bad to grab a copy. Plus, the concept seems really fun and exciting. No one needs to tell me twice to read books… and being able to go into different stories sounds absolutely amazing and a dream come true. Well, this book somehow got forgotten in my long list of Goodreads TBR. Definitely going to try and get to this book this year.

Have you read this book? Did you love it or hate it? Let me know in the comments! 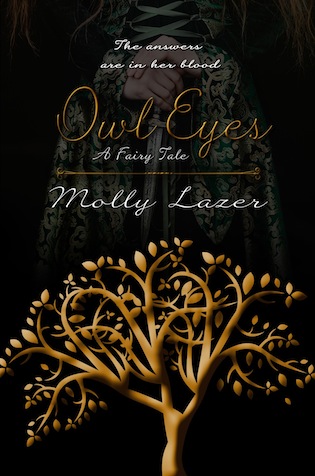 Nora knows three things: she is a servant, her parents are dead, and she lives in the kitchen house with her adoptive family. But her world is torn apart when she discovers that her birth father has always been right there, living in the house she serves.

This discovery leads Nora to more questions. Why was she thrown in an ash-covered room for asking about her father? Why is a silver-bladed knife the only inheritance from her birth mother? Why is magic forbidden in her household—and throughout the province of the Runes? The answers may not be the ones Nora hoped for, as they threaten a possible romance and her relationship with the adoptive family she loves.

With the announcement of a royal ball, Nora must decide what she is willing to give up in order to claim her stolen birthright, and whether this new life is worth losing her family—and herself.

I shot up from the bed, screaming, and scrambling backwards before falling off the mattress onto the planked wood floor. A boy crouched next to me with his elbows balanced on his knees and his chin resting against his palms. He wore an old, light blue shirt that was much too large for his small frame. A piece of hay stuck up from the mop of brown hair on his head.

“Too late,” the boy called back.

“Who are you?” I pressed my hand to my chest to keep my heart in place. “Why were you watching me sleep?”

“I wasn’t watching you sleep,” the boy said. “Peter and me just got back from the Market, and I got up here and found you on my mattress.”

“Your—” I sputtered. I took a deep breath and tried to inhale the motherwort from the candle. “This is my bed.”

“Well, no one said it was yours, did they? I claimed this bed when I got here, and no one made a peep.” He crossed his arms and looked at the floor. “They were probably too worried if you were okay to care about where I was sleeping. You looked pretty rotten.”

“I was sick,” I said, staking my spot on the mattress again.

“No, I mean you actually looked like you’d rotted. Your skin was all black. Are you sure you’re not a spirit who’s talking to me now?”

He grinned. I shoved him on the floor.

“I’m Jack,” he said as he picked himself up.

“Are you Greta and Peter’s daughter?”

“No.” I regretted the words as soon as they came out of my mouth. They were true, but I chewed them like a lie. “I mean yes. Sort of.”

“How are you only ‘sort of’ their daughter?”

“I mean, yes, I’m their daughter. They’re just not my real parents. My real parents are dead. Or gone. Or something. My mother is dead.” I was rambling. I pulled the candle closer to the mattress, hearing Greta’s voice in my ear warning me that the flame could catch the straw on fire. I didn’t care. I lowered my face and breathed in.

“Does your ma’s spirit ever talk to you?” Jack asked.

“What?” I stared at him. “That’s stupid. How old are you that you still think that can happen?”

“I’m thirteen.” Defensiveness crept into his voice. “And I only asked because I can talk to my pa anytime I want to. Or at least I could when we lived in the Vale. His spirit lives in the river there.”

Sir Alcander had hired a crazy person to work in the kitchen house.

I flopped back down on the mattress and rolled over so I was facing away from him, pulling the candle to the other side with me. I could feel Jack watching me.

“Your ma is nice,” I said, still not facing him.

“Thanks. I think so too.” There, finally, was something we agreed on. “I’m going to bed now. You can keep your spot. I didn’t want it anyway.” I peeked over my shoulder. Jack lay down on a new mattress I hadn’t noticed next to the wall.

“Thanks,” I said. In the dim light of the candle, his eyes looked almost gold. I smiled.

“It’s all right,” he said. “I can sleep almost anywhere as long as I’ve got enough space. I don’t like feeling closed up in small places.” The dark room pulsed behind me. “Me neither.”

Now we had two things in common. 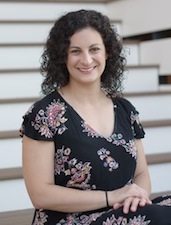 Molly Lazer is a former associate editor at Marvel Comics, where she worked on books such as Fantastic Four, Captain America, New Avengers, and cult favorite comic book Spider-Girl. After returning to graduate school to receive a degree in education, she began a career as a high school reading, writing, and drama teacher. She also serves as a professional critiquer for Comics Experience, helping aspiring comic book writers finesse scripts for publication.

In 2016, Molly received a MFA in Creative Writing from Rosemont College. Her short stories have been featured in numerous literary magazines including Gone Lawn, LIT, and Silver Blade. She lives outside Philadelphia with her husband and twin sons. Owl Eyes is her first novel.