Hello Everyone! I hope you’re all having a wonderful week. I wanted to do a short update on what’s been going on with me lately. I know I haven’t been very active here as much as before. It’s been a bit of a challenge trying to get back into the groove of things, but I really do try. There are just too many things going on right now and at the end of the day, I’m just too exhausted to get on the computer and blog. In short, life just happens.

My boyfriend and I also got a new puppy two weeks ago, and she has been taking all my time.

Look how cute she is!! I just can’t resist that face. Her name is Brownie and she’s a maltese and yorkie mix. She’s a fiesty spunky little thing. She’s curious, energetic, adorable, but also very demanding. My other dog, Choco, also isn’t used to her yet, so that’s extra work for us. He growls and snaps at Brownie, and all she wants is to play. He isn’t used to other dogs, so it’s going to take a while. I’m just hoping that in a month Choco won’t mind her as much and they can finally get along. Oh and before you ask, my mom takes care of the dogs while we’re both at work. And my boyfriend doesn’t start until 10:00 and sometimes 3:00pm so he’s there to help out.

I still do get to read (when Brownie gets tired and falls asleep) and I have some blog tours and reviews coming up. BUT, if it takes me a while to respond to you, that just means I’m preoccupied.

I also went to Yallwest last weekend and got sick again, so I’ve been taking it easy these last few days. I actually lost my voice during Yallwest and had a really bad sore throat. I wasn’t missing the event though, so I hydrated like crazy and braved through all the lines. I’ll have a recap really soon. Maybe next week. I got some awesome books and met some favorite authors like Marissa Meyer!!!

Here’s a sneak peek at all the stuff I got… There are 4-5 bags in there.

I’m hoping to be able to do more fun blogging stuff really soon… but for now, just wanted you all to know I MISS YOU!!! 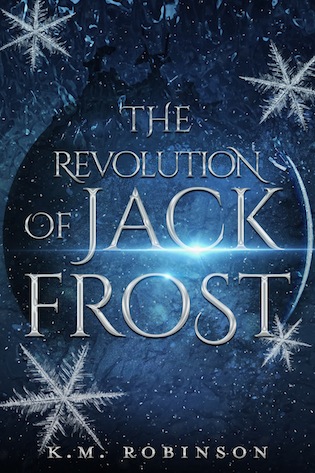 No one inside the snow globe knows that Morozoko Industries is controlling their weather, testing them to form a stronger race that can survive the fall out from the bombs being dropped in the outside world—all they know is that they must survive the harsh Winter that lasts a month and use the few days of Spring, Summer, and Fall to gather enough supplies to survive.

When the seasons start shifting, Genesis and her boyfriend, Jack, know something is going on. As their team begins to find technology that they don’t have access to inside their snow globe of a world, it begins to look more and more like one of their own is working against them.

Genesis soon discovers Morozoko Industries is to blame, but when a foreign enemy tries to destroy their weather program to make sure their destructive life-altering bombs succeed in destroying the outside world, their only chance is to shut down the machine that is spinning out of control and save the lives of everyone inside the bunker–at any cost.

The World Portal for The Revolution of Jack Frost has just been opened up on www.kmrobinsonbooks.com with behind-the-scenes info, exclusive looks at characters, there will be interactive choose-your-own-adventure games, facebook filters and frames, videos, artwork, and more coming soon, and the information is changing every few days, so if you want to catch it all, you have to keep checking back for all the exclusives. There may even be bonus scenes and other freebies on the site as well! 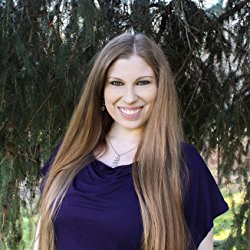 K.M. Robinson is a best selling storyteller who creates new worlds both in her writing and in her fine arts conceptual photography. She is a marketing, branding and social media strategy educator who is recognized at first sight by her very long hair. She is a creative who focuses on photography, videography, couture dress making, and writing to express the stories she needs to tell. She almost always has a camera within reach.