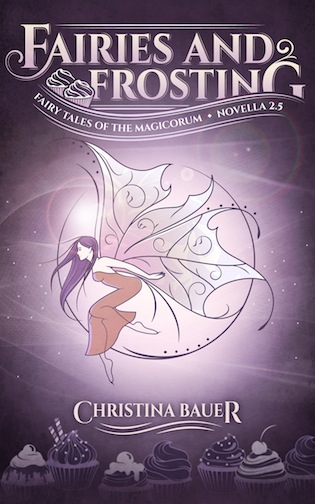 Elle (never call her Cinderella) is trying to throw a surprise birthday party for her bestie, Bryar Rose. Trouble is, some unfriendly fae are working hard to ruin everything. Good thing she has a certain handsome Le Charme wizard on speed dial…

***An interim novella between SHIFTERS AND GLYPHS and SLIPPERS AND THIEVES***

The Fairy Tales of the Magicorum series includes WOLVES AND ROSES (Book 1), MOONLIGHT AND MIDTOWN (Novella 1.5) and SHIFTERS AND GLYPHS (Book 2, Fall 2018). Eight full novels are planned in total. 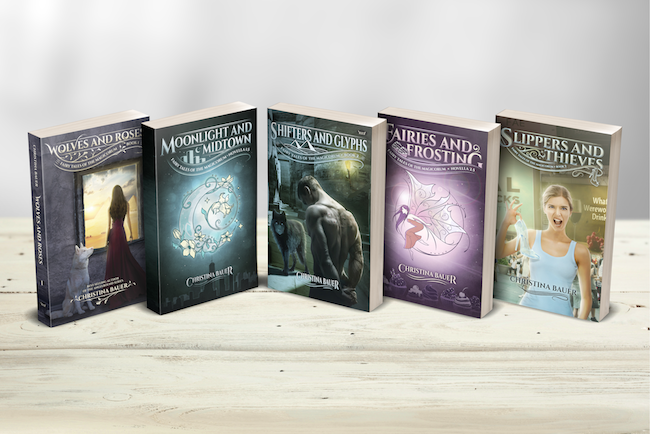 One thought on “Cover Reveal – Fairies And Frosting by Christina Bauer”