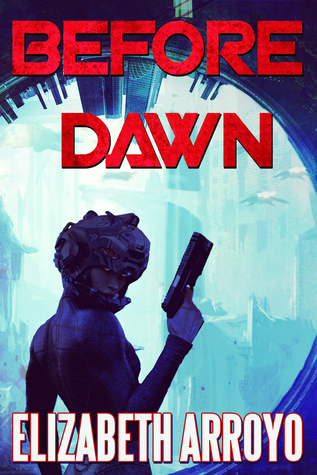 Survival rule number one: eat before being hunted.

In a world infected by violent hybrids, survival comes with its own set of rules. Sixteen-year-old Zoe is an expert at breaking them.

While Zoe has abilities she cannot explain, just getting through another day without being killed is a challenge. She has survived since her mother’s murder with help from an unexpected ally, Morph.

Morph is part of the Arcane, an elite force of teenagers from an Alliance of space stations. After the Arcane are destroyed in an explosion, only Morph and his brother survive. They are sent on a new mission to capture a dangerous hybrid.

Morph is torn between duty and his attraction to Zoe. With threats to the planet from above, Morph knows Zoe’s chances are limited. Trying to save her could be a betrayal to the Alliance.

When Zoe recovers memories of her mother’s death that point straight to the Arcane, she realizes Morph might be the real enemy.

As more mysteries are brought to light, telling friends from foes becomes difficult. For Morph and Zoe, the world is more dangerous than ever. And trusting each other is the key to them living to see another day.

Her concern at the moment stood out in front of her – movement in the shadows. At first glance they looked like children, though when you got closer they were nothing like children. Not even human anymore. Their heads too large for their bodies, their eyes black slits on their ashen faces, their mouths extended and filled with jagged teeth. Bulbous body on stubbly short legs. They weren’t intimidating, but their numbers swelled in the hundreds and they hunted in packs.

They crowded every ridge, waited behind every rock formation, watching her. One of them charged, and the others followed. Zoe pulled out her pistol and fired, catching the leader in the head. It took three steps before it realized it had no head and fell to the ground. The creatures behind it didn’t seem slightly interested in their dead comrade and ran over it to get to her. She flanked the ridge and ran alongside the tracks, feeling the tremble of a hundred little suckers stomping the ground behind her. A train stood off about fifty yards, half of it hung inside a pit. It looked like the tongue of an overzealous monster had rolled out of its maw and choked to death. She slipped between railcars and shot the first critter that followed her through. It fell, blocking the entrance from those behind it, giving her a few precious seconds to scramble out into the open. Though their heads were large, they weren’t that smart. Lucky her.

Hiding gave her the best chance at survival. She couldn’t outrun them. Exhaustion threatened to drop her, and she didn’t have enough spark to light a match. She regretted letting Jace convince her to kill him. She’d have had a better chance at survival had he been beside her.

The ground rolled under her, lifting dirt and rock into the air. It pulsed, forcing her to slow and balance her footing. She stopped when the ground in front of her caved in, expecting to be consumed by the hundreds of creatures behind her. When nothing happened, she risked turning around to find out why.

They too had stopped as if at an invisible wall. All of them. Spread out in a line, they stared past her. A swarm of gray, small, ugly things, eyes almost swallowing their faces. They’d forgotten about her.

Another rumble underground forced Zoe’s attention back to the sink hole in front of her just as a serpent exploded out of the ground and skyrocketed at least a hundred feet into the air before falling in an arc toward the mass of creatures under it. Including her.

She scrambled back, hightailing it toward the little monsters who decided they didn’t want to eat her anymore. They wanted to live, so they ran. She followed suit. The serpent struck the ground, smashing a dozen or so creatures to her left, causing another jolt under her. It slid along the ground, its massive scales cutting a deep path in the dirt. It snatched one of the creatures in its mouth, tearing through muscle and bone, leaving only stubbly legs on the ground. Pitching right, she turned back toward the pit. Anything would be better than remaining out in the open. If those little suckers ended up avoiding or killing the serpent, they’d remember they wanted to eat her. She had to lay low, hide, and wait it out.

But the snake had other ideas. It circled back and slammed into the train initiating its final descent into the pit. The world shimmered for a second and adrenaline fueled her. She had to get to Mecca and find answers about her life. She didn’t intend on dying before she got them. She jumped into the last railcar, clawing at anything she could use as a hold.

She found nothing but air. 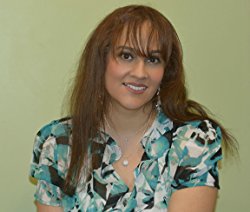 Born and raised in Chicago and the youngest of five, Elizabeth spent most of her younger years as an avid reader with a wild imagination which led her to write her first manuscript at the age of fourteen.

Influenced by the gamers in her household and her love of action adventure, Elizabeth delved into the realm of science fiction and wrote her first full-length science fiction/dystopian YA novel—Before Dawn—acquired by Ellysian Press in 2016.

Elizabeth is the author of the Second Sign and the Second Shadow, a dark YA paranormal romance series, (Sapphire Star Publishing, 2013), and Darkness, a YA paranormal thriller, (Indie-Published, 2014). She has a short story published with SQ Magazine, and advice on her writing journey can be found in The Write Path: A Compilation of Letters, (Amazon Digital Services, Inc.).

Elizabeth enjoys spending time with her family, listening to music, and binge watching her favorite shows.