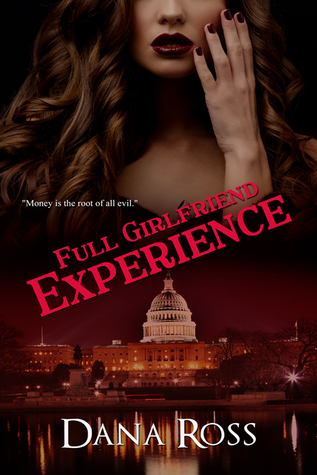 When DC Madam Faith Crawley receives a call from former client, Senator William Drummond, it’s the answer to her prayers. The money the dirty politician offers her to smear his rival Finn Billings will save Faith’s business, her lifestyle, and her girls.
Raised in the shadow of a political magnate, Finn Billings has the credentials to get the job done, but he lacks confidence and wonders if politics is truly the life he desires.
Using the façade of her front business, a PR firm, Faith turns Finn into a political powerhouse while obtaining the evidence Drummond needs to destroy Finn’s political chances. But Faith didn’t plan on falling in love with her mark.
Now she has the toughest decision ever—give the sleazy senator incriminating photos of Finn to save her business or give up everything for the sake of love.

There were three things I could not stand—cheap shoes, bad wine, and the man seated across the table from me.

William Drummond was staring at me like a halfstarved animal. Maybe his greedy gaze was due to my dress’s plunging neckline, but the man obviously had other things on his mind—complications that involved me. And like the pan-fried calamari appetizer slowly digesting in my belly, sharing company with the man who almost killed one of my girls did not sit well. Nonetheless, I had problems. I had to at least hear him out.

I lifted my empty champagne flute and motioned for a refill. Drummond obliged.

The bubbly was good and dry, one that cost a pretty penny, which the sockmuppet would probably write off and charge taxpayers. It was tempting to slug my drink down and ask for a third glass, but I refrained since I was dealing with someone less trustworthy than my drycleaners.

Former gemology teacher Caryn DeVincenti, who writes under the pen name Dana Ross, left all things shiny and bling to become a full-time novelist. She is the regional director of the Florida Writers’ Association, Palm Beach County and is an active member of the Women Fiction Writers Association and the Florida Writers Association. Caryn earned her M.F.A. in creative writing from Wilkes University and loves mentoring budding novelists. Her articles on love, divorce, and relationships have appeared on DivorcedMoms.com and The Good Men Project. When not writing, Caryn enjoys dancing to loud 80s music, obsessing over social media, and playing with her insane Cairn terrier. Her first novel is due to be released with the Wild Rose Press on February 18, 2019. You can read her blogs at mysocalledwritinglife.wordpress.com.