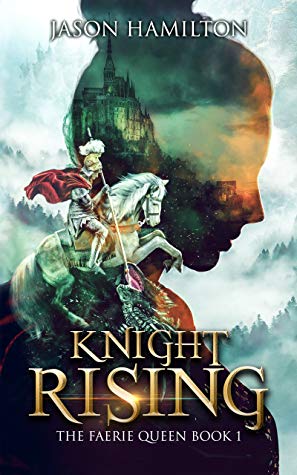 Do not wander in cursed lands alone…

Una wants only one thing, to find and kill the dragon that drove her out of her childhood home in the heart of Arthurian Britain.

When a handsome knight frees her from captivity, she learns that she is not the only one who wants the beast dead. The knight is Sir George, a messenger of the Faerie Queen and the man assigned to kill the dragon that still haunts her home.

But the road to get there contains new dangers, long shut out from this world…until now.

Together with her newfound ally, she must survive the dreaded Forest of Arden, return to her homeland, and discover what happened to her family. To get there, she will search within herself and discover an ancient, forbidden magic that is either the key to their survival, or the means to their end.

Knight Rising is a captivating blend of YA fantasy and Arthurian legend. If you like dragons, blossoming romances, and magical showdowns, then you’ll love Jason Hamilton’s fresh take on Edmund Spencer’s classic tale.

You can read the prequel for FREE here!

If it weren’t for the knowledge of what was about to come through the shining tear in the fabric of time, the Faerie Queen might have called its appearance beautiful. The light streaming out of the tear cast a dancing golden-green pattern across the trees surrounding the dark clearing, the spectacle even more glorious at night. But Gloriana knew that nothing of beauty would come from today’s events.

“When you said you needed help,” said a voice from beside her. “I never knew it was this bad.”

Gloriana glanced to one side, temporarily ignoring the ever-expanding breach. It would still be a few moments before it was large enough for anything to come through. “Alice,” she said to the woman by her side. “Or should I say Vivien now?”

“You should,” said the woman with a nod. Well, she was more of a girl really, with long blonde hair and a lythe body, clothed in white robes. The last time she’d seen Alice, she’d kept her hair short. “I also go by Lady of the Lake these days.”

“How very mysterious,” said Gloriana with a smug expression.

Alice, or Vivien, did not seem to share her smugness. She looked straight ahead at the opening breach. “What can I do to help?”

Gloriana glanced back at the ribbon of light as it slowly expanded. “Just keep them off my back until I can close it.”

“And exactly why aren’t you closing it now?”

“It doesn’t work that way. I cannot heal what has not broken. Once the tear is fully formed, I can begin to sew it back together. But I will need you to assist my armies in eliminating any threats that come through until I can stop the flow.”

“Not much of an army,” said Vivien, turning to stare back behind them.

Unfortunately, it was true. Gloriana’s strength had waned in recent years. Few came to pledge their loyalty anymore, not since the dragon had emerged in the north, and the first tears had begun. Now people would rather avoid the forest of Arden than pass through it. And with this being the latest in a series of breaches to the Otherworld, many of her trusted knights, her friends, had perished at the hands of the supernatural. The Order of Maidenglory was now reduced to almost nothing, which was why she needed Vivien’s help.

Of course, she had other aids at her disposal besides her knights. But would it be enough?

The breach in front of her pulsed slightly and widened. It was almost time.

“They will do their duty.” Gloriana straightened and readied herself, feeling the wind pick up through the clearing and gently whip at her hair. Looking back at Vivien, she added. “Can I count on you to do yours?”

Vivien braced herself, keeping her eyes on the golden-green tear in space. “Gloriana, I know we may have had our differences in the past, but you can count on me to do what I can.”

“Good.” Gloriana began gathering the magics around her. This breach was one of the larger ones she’d faced. She would need all her strength to close it. Raising one arm, she cried, “Prepare yourselves! Defend your queen!”

The clink of armor and the unsheathing of swords was their reply. The Order of Maidenglory was ready.

And with a burst of light and magic, the breach caved open.

Immediately, Gloriana summoned her magic, raising her hands in front of her and mentally grasping for the edges of the tear. She had to close this one as fast as she could.

Her knights rushed forward, the sound of their plate armor creating a chorus of clashes that could inspire songs. If only there were more.

Vivien also darted forward, bereft of any armor, but pulling forth a great sword of exquisite workmanship. If Gloriana had not been so focused on the breach, she might have inspected the sword more closely, or gazed at the ring on Vivien’s finger as it began to glow a bright golden yellow.

But she had no time to dwell on such things. In that moment, the first of the monsters hurdled through the breach.

It was a great serpent, but with giant arms near its front, and what appeared to be hundreds of tiny appendages like smaller snakes attached to its body. Its hissing echoed through the clearing and beyond.

The Order of Maidenglory charged. 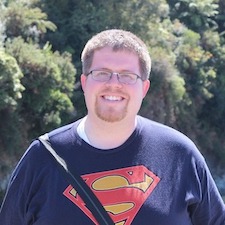 I’m also a huge nerd. On every average day, you’ll find me geeking out about Star Wars, superheroes, Shakespeare, and a lot of other things. It is my ultimate goal to become the world’s leading expert in storytelling.

I’m the author of the Argoverse, a collection of stories all set within the same universe, and I’m the editor-in-chief of ArthurLegends.com and the Arthurian Legends Universe.