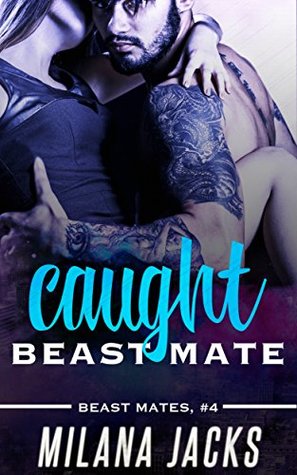 Her protector, her nemesis. His once-in-a-lifetime second chance.

Kidnapped and taken from her home, Sienna is stuck in a beast community without the resources to find her way back. But she’s a survivor. Just like the wounded, bone-thin beast she finds in the desert.

Torrent was warned never to steal a human woman—especially if she’s his pair. He didn’t listen. Captured, beaten, starved by Men of Earth, he’s as near death as he can get without tipping into the void.

When her familiar scent brings him back to consciousness, recognition slams his gut. But there’s no answering light in her blue eyes. It’s just as well. If she remembered him, she’d know to run from the beast who once took her.

Although the spark of attraction burns bright between them, there’s danger in the heat. Because even if his crippled body had something to offer her, the forces arrayed against them are determined to snuff out their love before it catches flame.

“Neither did aliens until you came here.”

“It’s the teeth,” she said. “And your jaw. It’s large and hard, and when you open your mouth, all your teeth show. I don’t want to feed you, you know, put my hand inside the jaws.”

“I don’t know that. The one I remember bit my dad.”

Here goes. “You want to tell me about it?”

“Sure. A beast went after me and Dad. Dad fought him. Before the beast snatched me, Daddy got him in the chest.” She pointed at my scar.

I lifted her hand with mine, picked up the fork, and put it in my mouth. “Go on. Tell me what happened.”

Sienna fed me another few bites. I put my hand over her knee. She paused but didn’t reject my touch.

“We rode to Beast City. He was losing a lot of blood, couldn’t ride his bike. So he parked in the middle of the desert. Then he fell off the bike. I called his people on their emergency channel and told them our location.”

That did not happen. She made it up. “How did you know to call them?”

“Oh, you know, I pressed buttons on his bike until a beast answered my Mayday call.”

“And then what happened?” I squeezed her knee when she put more food in my mouth. I dreaded finishing my meal and searched the tray for dessert or something else she could feed me.

“I told them where we were so they knew to come get their guy.”

“He snatched you and killed your Dad, but you found it in your heart to save his life.”

“I’m not a monster. I couldn’t leave him there.”

She’d robbed me and left me to die. “How did you know where you landed?”

“A compass on the bike’s dashboard.”

“The beast died shortly after. Before the help arrived.”

Sienna put the tray away, then stood there for a second. “You’re not as bad as him,” she said.

“In a few hours, I’ll return with lunch and breakfast. Three meals a day.” It was already after eight at night. I chuckled.

She winked at me and opened the door.

“Thank you,” Zarik said from the hallway. He and the guard walked inside carrying water buckets. They dropped the buckets and pulled the tub to the middle of the room, then poured the water inside the tub. The guard left immediately while Zarik stayed. “For his bath,” he told Sienna.

“He needs one. Can you help him inside? Then we can be off.”

Wait, what? We? There was no “we” with Zarik and Sienna, and there never would be. And I was certain I’d have to kill this male when he brushed his knuckles over her shoulder. The only thing that saved his hand was Sienna. She recoiled from his touch. Damn straight! I sat up and scooted to the edge of the bed. “Thank you, Zarik. That will be all.”

“Got something to say?” I cracked my neck.

His gaze drifted to my stump. I was the weaker of the two of us, but I outranked him and Sienna was mine. Mine! I growled a warning.

“Okay, then,” Sienna said and pushed Zarik out the door. She slammed it shut, folded her arms on her chest, and glared at me.

I narrowed my eyes. “You care for me and me only.”

“I care for whomever Hasel asks me to care for, and when you leave, this beast will stay. Such is my shit life until I can leave too.”

“Where are you going?”

“The beast from the lake?” Shit! Too late. She’d never mentioned a lake.

“Priest. They call him Priest.” 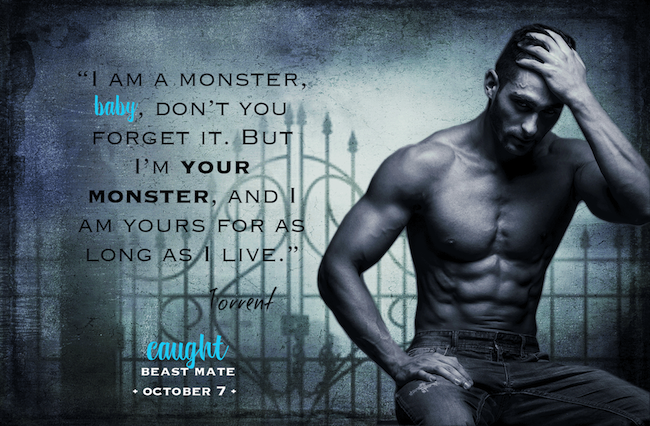 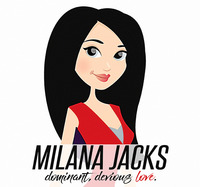 Milana grew up with tales of water fairies that seduced men, vampires that seduced women, and Babaroga who’d come to take her away if she didn’t eat her bean soup. She writes devious dystopian adult romance often about extraterrestrials and fantasy creatures roaming the Earth where she resides with her mate and their three little monsters.