Yasss to making it to Friday! Now it’s time for another First Lines Fridays so let’s get to it.

FIRST LINES FRIDAYS IS A WEEKLY FEATURE FOR BOOK LOVERS HOSTED BY WANDERING WORDS. WHAT IF INSTEAD OF JUDGING A BOOK BY ITS COVER, ITS AUTHOR OR ITS PRESTIGE, WE JUDGED IT BY ITS OPENING LINES?

COPY AND PASTE THE TEXT AND BANNER (OR MAKE YOUR OWN!) ABOVE FOR YOUR OWN FIRST LINES FRIDAYS POSTS. MAKE SURE TO COMMENT YOUR FIRST LINES BELOW SO THAT OTHER PEOPLE CAN CHECK THEM OUT!

In three weeks, Noemi Vidal will die — here, in this very place.

Noemi wants to pray like the other soldiers she hears around her. The soft ebb and swell of their whispers sounds like waves against the short. Zero-G even makes it look as if they’re underwater — their hair fanning out from their heads, their booted feet swaying out from their launch harnesses as if caught by the tide. Only the dark star field outside the few small windows reveals how far they are from home.

Not quite yet, so keep going… 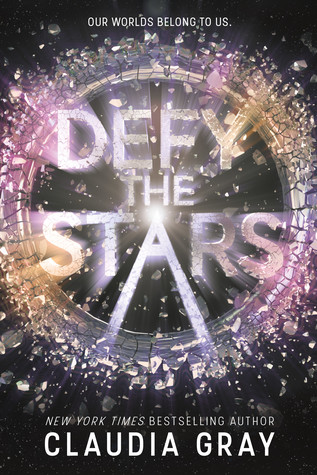 She’s a soldier — Noemi Vidal is willing to risk anything to protect her planet, Genesis, including her own life. To their enemies on Earth, she’s a rebel.

He’s a machine — Abandoned in space for years, utterly alone, Abel’s advanced programming has begun to evolve. He wants only to protect his creator, and to be free. To the people of Genesis, he’s an abomination.

Noemi and Abel are enemies in an interstellar war, forced by chance to work together as they embark on a daring journey through the stars. Their efforts would end the fighting for good, but they’re not without sacrifice. The stakes are even higher than either of them first realized, and the more time they spend together, the more they’re forced to question everything they’d been taught was true.

This book has been on my TBR for almost a year now and I still haven’t gotten to it. I remember thinking the premise sounded really intriguing and so much fun. Interstellar war, thrilling space adventure, and enemies to lovers stories — Yup, I’m totally on board. Guess, it’s taking me quite a long while to actually jump on the ship. BUT, that may just change. Last week, a surprise book mail came and I received an ARC of the sequel, Defy the Worlds!! It was totally unexpected and I didn’t even know how I got it, but I’m sooooo happy and excited! Hoping to binge this really really soon.

Have you read this book yet? What did you think? Let me know in the comments. I’d love to know your thoughts and opinions!

Have a wonderful day!!!!