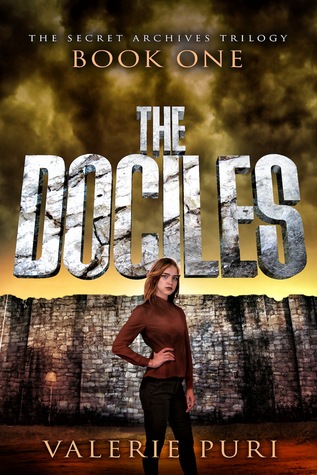 Walls are meant to keep the monsters out…

Deep in the forest there is a wall where no wall should be. Behind it live the people of the Commune, the last remnant of human kind.

Jennie Caraway has lived behind the wall her entire life, certain that it protects her and her brother from the lemerons, ravenous undead monsters whose only desire is to kill – and feed.

Jennie’s peaceful existence is shattered when she uncovers a secret organization whose purpose threatens to destroy not only Jennie, but her entire world. The Order has a deadly mission, and they will stop at nothing to see it completed.

Jennie and those closest to her must expose the evil truth before they are killed – or worse.

The ranger had feared he might risk encountering a lemeron that night; anyone who came too close to one rarely lived to tell the tale. The torrential rains and the intense darkness had made it nearly impossible for him to see. As he ventured through the blackness, finding his way with his outstretched hands, he couldn’t shake the feeling something bad was about to happen.

That’s when the lightning began, giving him intermittent visibility. He saw the skeletal figure stagger forward becoming visible through the heavy rain. The blotchy-grey flesh of the lemeron sagged from its bones and hung like ill-fitting clothing. It released a guttural moan causing the ranger to go rigid.

When he saw the lemeron approaching him, the ranger turned and hurried in a new direction, one perpendicular to his previous course. After putting some distance between himself and the monster, the ranger took care to disguise himself in the underbrush growing beneath a tall tree. He gazed in the direction he had just come from to see if the lemeron followed him. The loud pounding of his heart in his ears made him aware of its rapid pace. He tried to slow his heart rate if only to hear better, but it was to no avail.

He was startled by a crack behind him, the sound of a stick breaking underfoot. His fear turned to terror as he felt a boney hand seize his left arm. As the ranger spun around, the firm grip tightened, and sharp fingernails pierced his skin. The blood drained from his face at the sight. He was staring into the grey, sagging face of a lemeron.

He struggled and tried to pull away from the monster, but the action only made it clench tighter, its fingernails digging deeper and deeper into his arm. The cloudy, yellow eyes of the lemeron were wide and hungry. Its green lips parted, exposing blackened teeth. It lunged at him with its fully bared teeth.

The ranger was certain he would die in that moment. He frantically grabbed for the dagger hanging from his belt, his trembling fingers wrapped around the cold handle. He drew the blade from its sheath and instinctively swung it upward. His attack cut diagonally through the lemeron’s chest, sending it stumbling backward, but it was not enough for the monster to release him. Brown, congealed blood oozed from the rotting flesh. The ranger raised his dagger high above his head, and with all his strength, brought the blade down. His aim was good, and the small blade sliced through the monster’s wrist, severing the hand, thus releasing the ranger from its grasp. A crackling groan escaped from its throat, not from pain – lemerons feel no pain – but from anger.

The ranger ran mindlessly through the darkness, stumbling over the tangle of slippery roots covering the forest floor. He had to put as much distance between himself and the lemeron as possible. He smashed into a tree, not noticing it was in his path. Searing pain exploded through his left shoulder, and a rush of warm liquid ran down his arm. It must be my blood, he thought. His arm felt like it was on fire, but he could not stop to tend to it. He could hear the beast crashing through the underbrush behind him.

His head pounded, his heart raced, adrenalin surged through his veins, and his muscles begged him to stop running. Suddenly he slammed into something massive. The force of the impact knocked him on his back and the air rushed from his lungs. Dazed, he lay on the soaked ground while the freezing raindrops battered his face. He remained horizontal and motionless until he was able to recover his breath and regain control of his limbs.

The ranger stood up and reached his hand out in front of him to feel what had stopped him. The oppressive night was growing ever darker as the storm raged; he could barely see his hand in front of his face. He touched something smooth and hard – it felt like stone. Lightning ripped across the sky in a spider web of brilliant streaks. In the prolonged flash, the ranger saw a stone wall extending as far as he could see in either direction.

He was trapped. His only options were to go backward or to go forward. Behind him was the lemeron, and in front of him was a wall four times the height of a man. Frantically, he felt the surface with his hands and discovered crevices large enough to use as footholds where the large stones met. Quickly making his decision, he climbed the wall not knowing what he would find on the other side. 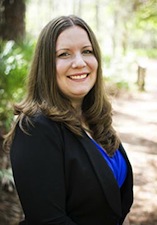 Valerie Puri has always had a lifelong interest in all forms of artistic expression. She has tried her hand at many things, yet she always found her way back to reading and writing. With inspiration everywhere, she finally put pen to paper (or rather, fingers to keyboard) with the intent of publishing her stories.

Writing has always come naturally to Valerie, and for a time she even worked as a technical writer. She continues to hone her skills by having at least one writing project in the works at any given time. Her true passion lies in the freedom that comes with writing the stories that pour from her imagination and real life inspiration.

Valerie believes that the experiences we have in life are just stories waiting to be written.

WIN – Signed copy of The Dociles

2 thoughts on “Book Blitz – The Dociles by Valerie Puri”