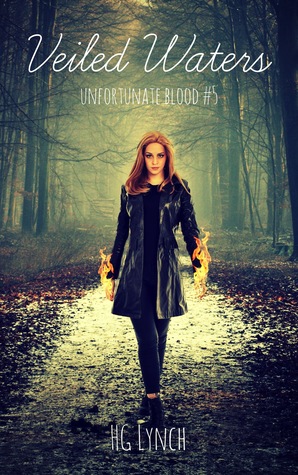 They’ve faced ghosts, fought witches, and escaped the clutches of a lunatic cult…but this may be their most difficult enemy yet.

And to top it off? Something is drowning students in the local lake.

A sudden, familiar voice yelling his name from some great distance jerked him awake and he gasped. All he saw at first was endless, impenetrable blackness, but only for a second before his eyes adjusted and he was staring at the ceiling past Ricky’s concerned face. The younger boy’s eyes glowed blue-green in the darkness.

Slowly, Reid realized his heart was pounding on his ribs, he was gasping, and his hand was clenched tightly around Ricky’s wrist, so tightly he could feel it as a tiny bone snapped under his fingers. Ricky hissed in pain, but didn’t try to pull away, his mouth tight but his eyes gentle. With a shudder, Reid pulled his hand back to himself, and stared at Ricky with ghosts behind his eyes.

“Sorry,” he muttered apologetically, his voice hoarse. Had he been screaming in his sleep again? Most likely. No wonder Ricky had woken him. This was getting beyond ridiculous.

Ricky just nodded, rubbing his wrist as it healed swiftly and neatly. He was examining Reid carefully, kneeling on the floor by his bed. There was deep, serious worry in his face that Reid could read effortlessly in the dark. Not wanting to see it, Reid turned and glared at the useless dream-catcher on his wall. It hung there innocuously, the glass beads shining and the feathers still and pale against the dark wall.

“I guess I was right the first time; Feathers and beads do jack all to help nightmares,” he said shakily.

With a sigh, Ricky retreated back to his own bed and sat there, gazing evenly at Reid, who shifted uncomfortably. He noticed then that he was drenched in sweat and it was sending chills down his spine. His light hair clung to his forehead and ears, and his hands trembled on the mattress. He clutched the bed sheets to hide the shaking.

“They’re getting worse, aren’t they?” Ricky asked plainly, leaning forward to rest his elbows on his knees.

Not meeting his gaze, Reid nodded, running a hand through his messy, damp hair.

“There has to be something that would help. We could get you drugs, or Ember could make a potion I’m sure. We must have a recipe in one of the grimoires.Ember would have the power—”

“No,” Reid protested bluntly. The thought of Ricky going to Ember and asking her to make a sleeping potion or elixir to banish nightmares…her surprise and confusion, her hurt when Ricky explained what it was for…No.

Ricky started, frowning. “But why? It’s not like it’d put her out to do it. I’m sure she’d do anything to help you.” he insisted.

Reid just turned away, looked out the window as he got to his feet. He put his back to Ricky as he yanked his damp t-shirt over his head and tossed it onto his bed.

“Unless…” Ricky said slowly, and Reid could practically hear the gears turning in the boy’s head. “Unless she doesn’t know about this yet…” 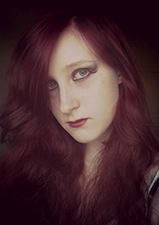 H.G. Lynch is a Paranormal Romance author from Scotland. She is an avid reader, and cat-lover. She spends most of her days writing, while wrestling her cat off her laptop. She loves horse-riding, Star Trek, and snow.

Her books are dark paranormal romances.