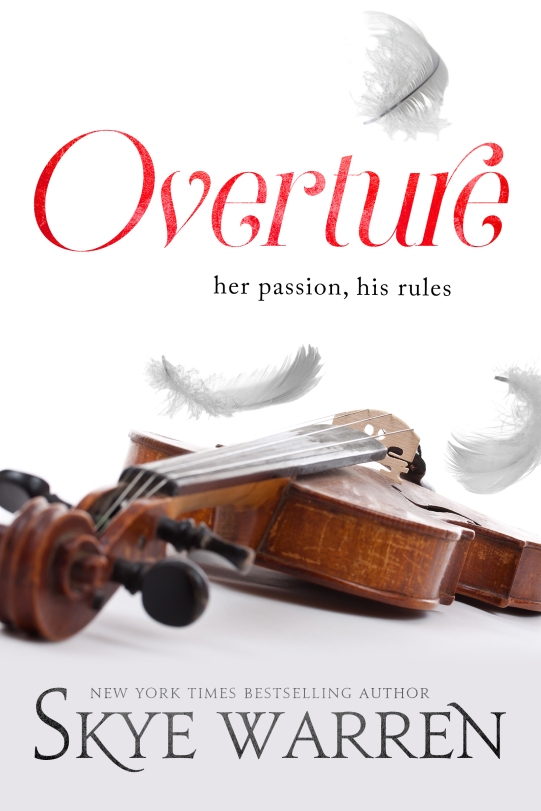 The world knows Samantha Brooks as the violin prodigy. She guards her secret truth—the desire she harbors for her guardian.

Liam North got custody of her six years ago. She’s all grown up now, but he still treats her like a child. No matter how much he wants her.

No matter how bad he aches for one taste.

Her sweet overtures break down the ex-soldier’s defenses, but there’s more at stake than her body. Every touch, every kiss, every night. The closer she gets, the more exposed his darkest secret. 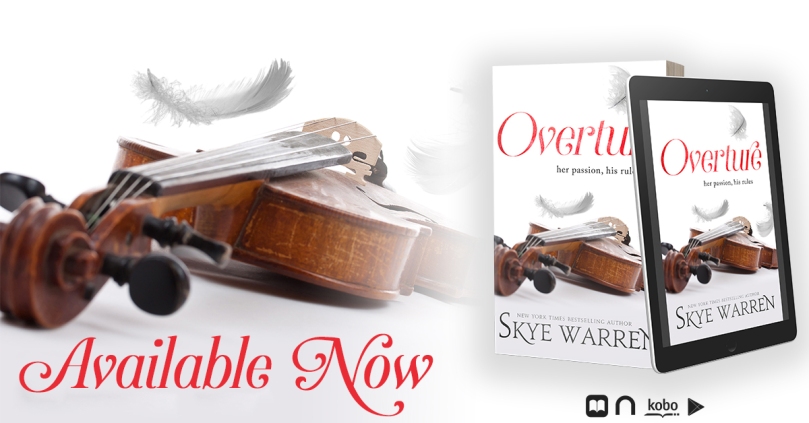 The memory of our last talk heats the air between us—about condoms and sex. And the way he walked in on me when I moaned his name. God. I’m not sure I can stand another talk like that. “I’m not naive, Liam. I know you took me in because I didn’t have anywhere else to go.”

A muscle in his jaw ticks. “That wasn’t exactly the reason. And even though I didn’t know you before I took custody, I’ve grown to care about you over the years. If I didn’t state it clearly enough, then the fault lies with me. I wasn’t raised to show… affection.”

I stare at him, incredulous. Affection? It’s a cold comfort to a girl who’s always wanted the surety of forever. And the word might as well be alien to a man like him. “I’m going to tour the country. The world. I’m leaving, Liam.”

He looks away. “Christ.”

Unease moves through me. “Did you really think I wouldn’t come back?”

“I don’t know why you would want to.”

“Because I care about you.” Liam is six feet of pure muscle and hard will. There’s no way someone like me could go up against him and win. Except that when I take a step closer, he tenses. Another step and he goes still as stone. It gives me a sense of power, enough that I take the final step. “I care about you even though you’re controlling.”

There’s only an inch between the ruffle of my blouse and the flat of his abs.

“You think I’m going to apologize for keeping you safe?” he mutters. “You think I give a damn that you’re mad at me as long as you’re in one piece? That’s the only thing that matters.”

He shakes his head slowly, not breaking eye contact. “No.”

“When I walked in on you…” His voice is hoarse. “I didn’t think of you like a daughter.”

I should probably be horrified that he would think about me in any way other than family, except I’m the one who started it. I take a step closer, and there’s nowhere for him to go. He’s already backed up against the wall. This big, strong man who could probably make a whole army quake—or at least a battalion. And he’s cornered by me.

This close I can see the green of his eyes, so dark they’re almost emerald, flecked with gold. A scar bisects one dark eyebrow, probably a scar from something terrifying and deadly.

“How did you think of me?” I’m afraid to know the answer, but I’m even more terrified of never knowing. Of being a nameless, faceless body in that writhing crowd, hooking up with a stranger when the man I really want is standing right in front of me, inches away, his breath a feather-touch on my forehead.

A small shake of his head. “It’s not right.”

I’m not sure what right and wrong mean when it comes to us, but I know what it means for music. Someone can play a piece with perfect timing and notation. They can hit every single note, but it still won’t have passion. That part comes from inside. “Then be wrong with me. Don’t make me do it alone.”

I push up on my toes, pressing my lips against his in a blind, artless kiss. I’m off center of his mouth, kissing the corner. He stands still as a statue, letting me wobble on my heels, letting me fall against him, only my broken kiss to balance me.

Grief beats against my ribs. He’s going to make me do it alone. Of course he is. I’m always alone. A small sound escapes me. Loneliness. Pain. It vibrates against his mouth, sound made real.

He jolts as if I’ve shocked him. Something unspools inside him. I feel it in the inch of air between us. And then I feel it in my lips. He takes over the kiss with shocking possession, his hand behind my head, his body turning us so I’m against the wall. He looms in front of me, blocking out the view. There are no vinyl records on the wall, no bass thrumming through concrete and steel. There’s only him, only this.How is it possible that only a few minutes ago I felt powerful? I didn’t know what this would be. I couldn’t know the way I’d revel in surrender.

His tongue touches the seam of my lips, a pure electric sensation that makes me jump. I part my lips in surprise, pulling in the scent of him—man and earth, salt and sea. He tastes elemental. His tongue swipes the tender inside of my bottom lip. It’s more sensitive there than I could have imagined. I feel the slickness of the caress all the way in my core. My thighs clench together.

So careful. So wary. I touch my tongue against his. He’s the one who groans.

His hand fists in my hair, creating a delicious little ache. “Do you know what you’re doing to me?” he breathes, and I try to shake my head; it only makes him pull harder.

“Liam… I need…” It’s like the bedroom when he walked in on me, my hips rocking, mindless, hungry. Worse than that. My whole body is moving restlessly against him.

He tears himself away with a hard sound. Only an inch away. A rough tremor runs through him. It’s a small comfort, knowing that I’ve moved this man. Knowing how much control he has, knowing it’s eroded. But only a small comfort. He still leaves me panting against the door.

“I’m supposed to protect you,” he says, his voice taut with guilt.

Skye Warren is the New York Times bestselling author of dangerous romance such as the Endgame trilogy. Her books have been featured in Jezebel, Buzzfeed, USA Today Happily Ever After, Glamour, and Elle Magazine. She makes her home in Texas with her loving family, sweet dogs, and evil cat.

Behind the “lights, camera, action” of Hollywood lies a world of deception, love, and seduction.

Are you ready for Hollywood Royalty?

An Oscar, a Tony, an Emmy, a Grammy—she has them all.
She’s the most sought-after woman in Hollywood.
Even if her rise to fame was a fluke, you can’t deny the camera loves her.
The problem is so does everyone else, and she’s about to leave on the biggest concert tour of her life.
Headlining for the first time in five years.

Around the world in ninety days. Should be a piece of cake.
Until her new security detail walks in the room and she’s looking into the eyes of the only man who didn’t fall for her charm.

It’s only a matter of time till he falls for Hollywood’s Princess.

My heart has not stopped fluttering and I can’t seem to get this silly smile off my face. This book was absolutely swoontastic and heartwarming and I am over the moon in love with everything about it. It had all the FEELS AND MORE and I cannot wait to check out the other books in the series.

Hollywood Princess by Natasha Madison was deliciously intoxicating and had me addicted from the very beginning! I honestly did not want to stop reading and was so lost in all the drama, suspense, humor, and beautiful writing. I was literally smiling, swooning, and on edge the entire time. The romance was absolute perfection! I enjoyed the slow burn in the beginning, the tension as Kellie and Brian worked around their feelings, and the oh so satisfying sweet and steamy moments. LOVED LOVED LOVED IT! I thought the characters were wonderful, charming and lovable. The mystery was fun too and the epilogue in the end was the cherry on top. Yup, I’m officially obsessed and I think this series is going to be on my favorite list without a doubt.

Kellie was a fantastic heroine and I enjoyed her sassy and down-to-earth personality. I also really liked her adorable quirks, her sense of humor, her determination, and her honesty when it came to her feelings. Brian was the epitome of a swoon worthy and irresistibly amazing hero. He was protective, but not annoyingly overbearing. He did whatever he had to do to keep Kellie safe and boy did he and SO MUCH MORE! Together, these two had the most scrumptious, sexy, and intense chemistry and I rooted for them sooo damn hard!!

I finished this amazing and gorgeously written romance in less than 24 hours and it was such a delight and fantastic read. It’s the first book I’ve read by Madison and I’m already in love with her storytelling and cannot wait to read more! If you’re looking for a heart-pounding, deliciously intense, and steamy romance with plenty of playful bantering and swoony moments between a scorching hot alpha with a heart of gold and a feisty and lovable heroine, then you need to pick this book up right now. You will not regret it!

I received an advance reader copy of this book from the publisher and in exchange for a fair and honest review. All thoughts, opinions, and swoons are my own. 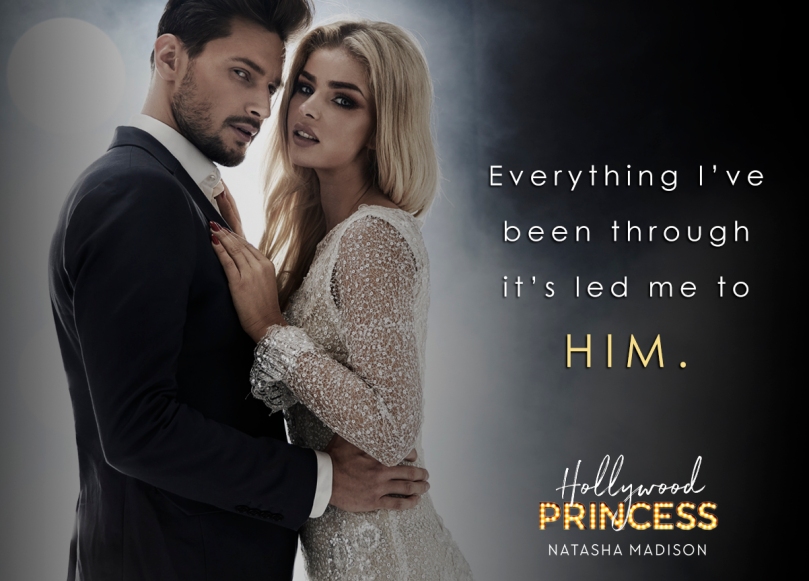 When her nose isn’t buried in a book, or her fingers flying across a keyboard writing, she’s in the kitchen creating gourmet meals. You can find her, in four inch heels no less, in the car chauffeuring kids, or possibly with her husband scheduling his business trips. It’s a good thing her characters do what she says, because even her Labrador doesn’t listen to her…

Thanks for stopping and reading loves! I hope you enjoyed this review and add this book/series on your TBR!