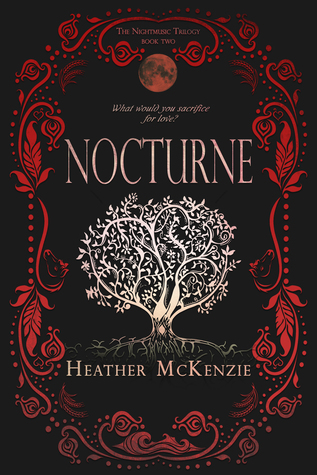 A pawn in a vicious game.

The only way I can protect the ones I love…

Finally free of her father, Kaya has the one thing that keeps her heart beating—Luke.

Blissfully content in his arms, everything seems perfect…until their world is shattered by a deadly invasion. When an old ally comes to the rescue, Kaya wants none of it. She is devastated to learn the identity of her attacker, and that she must do something truly heartbreaking if she wants to save the ones she loves. Sacrificing everything and sinking into bottomless sorrow, Kaya finds solace in an unlikely friend—one who shows her a different kind of love, and helps her discover an inner strength she never thought possible.

A heart-pounding journey of self-discovery, Nocturne is the transformative second installment of The Nightmusic Trilogy by Heather McKenzie.

I flew out the door into the cool night, took four steps, then stopped—the latest enlightening news about my father had sent me over the edge. Tears burst from my eyes. The last shred of hope I’d been hanging onto that Henry wasn’t all bad had been completely obliterated; he was an actual monster.

I dropped to the curb and put my head in my hands. The rain started falling, lightly dusting my shoulders at first, then becoming a downpour just to add to my misery. I became soaked head to toe, but I didn’t care. I stayed where I was, wishing the rain would melt me into a puddle that would drain into the gutter and then just disappear into the earth…

“You left something in my truck,” said a voice from out of nowhere.

At the edge of my vision was Ben, rain coming down even harder now and pouring off his cowboy hat in rivers. He was holding out a paper bag, which was now soaked. It was the muffin I hadn’t eaten.

“I didn’t want it to go to waste,” he added, eyeing me with concern, then glancing at the café window where I could feel many sets of eyes on my back.

I dropped my gaze back to the gutter. My body didn’t want to move, and I still held out hope that the rain might just wash me away. Ben said something, and then he hauled me up and turned me to face him. He lifted my chin, and I had no choice but to meet his eyes. The rain plastered my hair to my face, mixing with the tears that were spilling out of me with blinding force.

He gave me a weak smile. “I tried to leave. Got in my truck and was ten minutes out of town, but then I realized…” He paused, fumbling for the right words. “I could really use some help at my ranch. Now, the job doesn’t pay much, but you’ll have your own room and all the food you can eat.

He waited patiently for an answer, but I was so grateful that all my words caught in my throat. He tossed the paper bag with the muffin into the garbage. After a quick glance at the internet café and the white-haired waiter watching from the doorway, his hand firmly latched onto mine. I had the sense I wasn’t being given a choice, I was going wherever this cowboy wanted me to.

“I’m taking you home now,” he said over the downpour.

Home. Home was in Luke’s arms….

The rain was falling in sheets. Since I wasn’t about to turn into a puddle and dissolve, I let the cowboy lead the way. 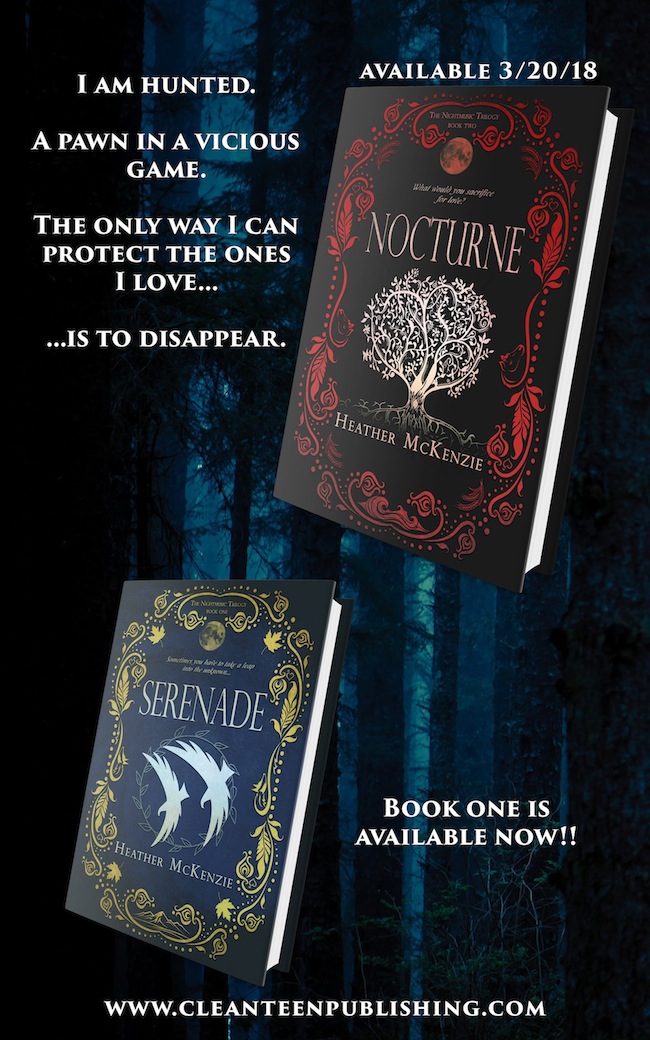 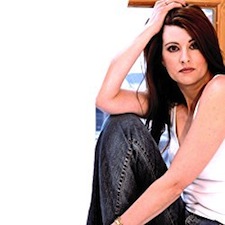 Heather McKenzie is the Canadian author of The Nightmusic Trilogy. Also a professional singer/songwriter with five albums to date, she told stories through music for years before falling in love with novel writing. Heather pulls from her extraordinary experiences as a musician to fuel her passion for creating Young Adult fiction. She is a rocker at heart, a mom of three and an aspiring painter.