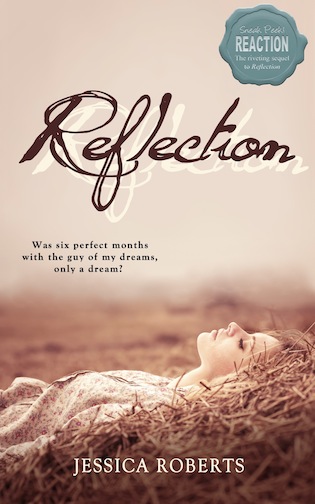 Bright, spunky Heather Robbins has escaped her small hometown and is anxiously beginning her freshman year of college. Rising above her rocky childhood, she’s found a place where good things are finally starting to happen: her own private apartment, refreshing college classes, and an intense attachment to a mysterious and rugged classmate, Nick Richards.

But when her dreamy college life turns out to be nothing more than a wonderful dream while resting in a coma, questions threaten.

Now, Heather must press forward to unlock the real past, and find the answers buried deep in her mind. What she unlocks instead is a roller coaster ride through flashbacks, embellished memories, and a whirlwind romance.

And when it’s all over and she comes face to face with the truth, will she lose everything she’s fallen in love with?

He bent down by the fireplace—catching his body with his arms—and did a half push-up to rest beside me. Lying down side by side, our shoulders touching, his face close to mine, I could feel the temperature of our bodies rising, fusing together as one. Did he feel the heat?

“Let’s see here,” he huffed, teasing me with his mechanical savvy.

“Funny,” I whispered back, watching him examine the guts of the fireplace. “But once you realize it’s unfixable—”

“Hand me the matches?” His voice turned businesslike as he studied the wires.

I responded with a groan.

As I reached across his body for the small box on the floor, the smell of him suddenly caught my senses—musky and male, and much too close. I hesitated, hovering over his back, fascinated that my body was responding in a similar way to when my temper peaked. My eyelids shut, and I drank in the hot adrenalin rush, emotions that were strange, feelings I didn’t understand. I forced myself back, careful not to touch him or move any closer.

“I’ll tell you what,” I said, shaking the haze away. I brought the matches forward, lying on my stomach again but with ample space between us. “You fix it, you get a wish. If not, the wish is mine.”

He readjusted himself. “Watch and learn, sweetheart,” he said absently, keeping his attention on the project, his head bent low. “Light that for me?”

I removed a match, struck it against the strip, and carefully handed him the flame.

With a push of a button, a small spark erupted into a bright-blue flare. A muted explosion sounded, and the two-faced fire rushed across the imitation log.

“How did you do that?” I hollered.

I stared at the mesmerizing flames of blue, deep yellow, and crimson endowing our faces with a warm glow, the heat already radiating through the glass. However, a different sort of heat ignited within me. It was my competitive edge, I reasoned. A few failed attempts from him would have been nice before it burst into a bright, blazing banner of victory.

“Ahhh, the sweet smell of methane,” he heckled.

Even through my poor attitude, I allowed my shoulder to nudge his. I went to my knees and crawled toward the small cabinet to put away the matchbox. I breathed out heavily, releasing all my confusing responses to him.

“Next time you want to light it, just—”

“I know, I know,” I told him. “I watched you.” I reached up, tugging on the cabinet drawer and telling myself he could explain when I wasn’t so wound up.

Like a sudden shift in the weather, a solid wall of warmth pressed into my back as his body covered mine from behind. I stiffened instantly. He reached around my rigid body and gently took the matchbox from my hand, his entire frame as calm as a warm summer breeze, encasing mine.

As he leaned forward, putting the matchbox in the bag and placing it in the cabinet, his words teased softly in my ear, “I’m going to have to teach you some manners.”

His whispers drifted deep inside me. Every thought left instantly, replaced with a keen awareness of the warm areas where we touched. A soft energy from his body merged with a surge from my own, and with each passing second the energy increased.

“Lesson one,” his even voice rolled off my shoulder, terrifyingly close. “What do you say to someone who fixes your fireplace?”

I was lost in the emotion, my throat nervously parched, an arid swallow catching at the base of it. “Thanks?”

The embrace from behind felt too heavenly to withdraw from, like little angel wings caressing my entire back.

My breathing picked up as his fingers softly enveloped my shoulders. My eyes locked shut, but that only amplified the sensation as his fingers glided across the edges of my collarbone, the tips sending little bolts of lightning through my body.

I stayed unmoving, gratified and petrified at the same time. He had never touched me so intimately, as if he were getting to know me. To most it was a simple shoulder massage, but to me it was dangerous. And even though I knew this, I longed for the way his hands touched me in such a personal and protective way. 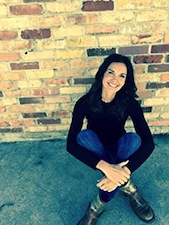 Jessica grew up in the San Francisco, California Bay Area where she spent most of her time playing sports alongside her six siblings. She was crowned Miss Teen California her senior year of high school, and went on to Brigham Young University where she graduated in Human Development. She currently resides in Utah with her husband and three children.