After defeating the Volgrim witches, life in Orkney is quiet. Too quiet. Before Sam Baron can catch his breath, an army of fire giants led by Surt gather in the Eighth Realm of Musspell, determined to destroy Orkney–and it’s all Sam’s fault. After all, he took Odin’s life with an ancient cursed dagger, and now, mankind has lost its protector. To make matters worse, the God of Mischief, Loki, is on the loose and determined to reunite with his evil wife, Angerboda, and their three children: Fenrir the wolf, Jormungand the sea serpent, and Helva, Goddess of Death.

Orkney’s only hope lies with Sam and his stalwart friends. As Surt prepares to launch his forces against Orkney, Sam and two of his fellow witches, Perrin and Mavery, set out on a journey to rescue Odin, aided by Skidbladnir, a magical ship of the gods that can fly over land and sea, and Geela, a Valkyrie who can transform into a battle-ready goose. Meanwhile, Leo and Keely travel north to stop Loki from starting a war between the Eifalians and the Vanir, while Howie is left to watch over Skara Brae.

With time running out, our heroes try frantically to prove once again that they can find the courage to do what’s needed when the odds are stacked against them–even when the sacrifice asked is greater than any of them could imagine.

What a fantastic ending!!! Alane Adams wonderfully concludes this amazing series with edge of your seat suspense, out of this world adventures, and lots of laugh out loud moments.

The Raven God picks up right after the awful Volgrim witches have been defeated and life in Orkney seems better than ever. The quiet doesn’t last very long though. Soon enough, Sam and his friends once again find themselves in impossible situations fighting to save everyone in Orkney. Mischief and mayhem in every which way. Awesome twists and turns abound. Thrills and humor are plenty. And kick ass battle scenes had me totally glued to the pages. This book is so insanely awesome and I’m just so in love with this magical world that I never want to leave. 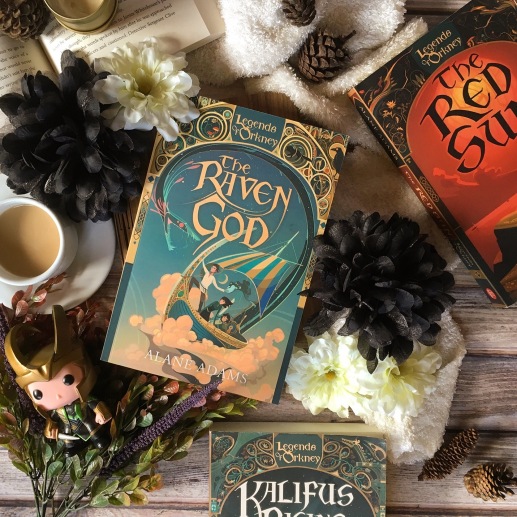 The writing, as with the previous books, is astonishing. So beautiful, riveting, and easy to read. The world building is mind-bogglingly creative. I don’t know too much about Norse mythology, but I definitely love Adams’ interpretation. The plot is fast-paced, action-packed and suspenseful. If you’ve read the first two, then you know how Adams just loves to keep you on your toes. One minute you’ll be laughing and having fun and crazy anxious the next. Totally love that about this series! 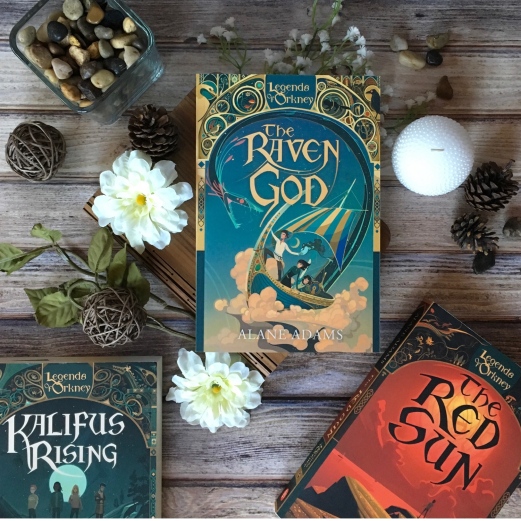 The characters… they’re just so awesome and adorable and I love them oh so much.. I’ve watched them at their worst, cheered for them on their best, been inspired by their bravery and perseverance, and reveled whenever they succeeded. So immensely proud of all of them. I will definitely miss Sam, Keely, Howie, Leo, Mavery, and Perrin. Oh and all the side characters, magical or not, they’re so quirky and hilarious so yeah… I’m going to miss them too.

Adams’s imagination left me wanting more and took me on one of the most marvelous journeys I’ve ever taken! The Raven God is a such wonderful conclusion. It’s intense and absolutely thrilling. It’s filled with humor, magic, and awesome adventures that had me enthralled the entire time. This book.. this series.. is just so incredibly epic and I will surely miss Orkney. If you’re in the mood for some fun and fantasy, then definitely add this series on your TBR.

So grateful to Alane Adams for sending me all three books and signing them too. I’m going to treasure them forever and visit Orkney over and over again!

Other Books in the Series 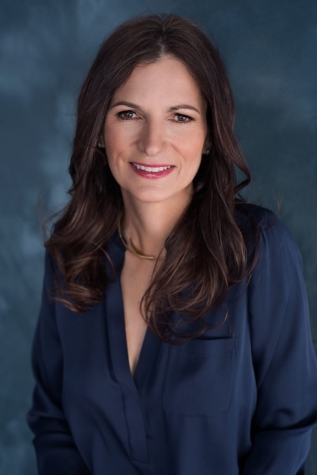 I grew up in an old Quaker town called Whittier in Southern California. For college, I attended the University of Southern California where I wanted to be an English major, but my family convinced me to become an accountant so I could help run a family business. I spent the next few decades trying to get back to writing instead of balancing budgets. After leaving the family business behind in 2008, I started a foundation focusing on global poverty issues particularly their effect on children. I pursued a Masters Degree in Diplomacy and took several field visits with UNICEF, visiting schools around the world. After seeing the importance of education and literacy in the battle to end extreme poverty, I began to shift the focus of my foundation to improving and supporting literacy efforts. In 2009 I was invited to teach a course on social entrepreneurship at Chapman University and joined the full-time faculty for the next five years. Along the way, my passion for literacy and children came together when my 12-year-old son Alex challenged me to write a book he could read. I began writing the Legends of Orkneybook series and haven’t stopped writing since that day. My latest picture book, The Coal Thief, is based on stories from my father’s life growing up in Pennsylvania at the turn of the century. I have a new picture book out in November 2017 titled The Santa Thief and the last book in the Legends of Orkney series, The Raven God, is available now.

Having been an avid reader my entire life, books based on mythology have always fascinated me the most. I think it’s the idea of magic and the unlimited potential behind the surreal. Building an entirely new world like the fantastical realm of Orkney in my series has been a wonderful challenge. When I think of stories that don’t involve some element of magic it feels dry and boring. I love characters that are deeply flawed and full of emotions like anger and frustration and a burning desire to understand why it is they are so flawed. There are so many wonderful writers out there that entertain children and adults alike, but my all-time favorite book is River God by Wilbur Smith because it tells such a powerful story of life in ancient Egypt and you can’t help but be swept back to that time and place.

When I’m not writing or teaching, I’m out hiking somewhere in the world or hanging out with my three boys who are my greatest joy. Thank you for visiting my page. I hope you enjoy reading these books as much as I enjoyed writing them for you.

Hope you had fun reading my review and don’t forget to leave your comments down below.

5 thoughts on “Review: The Raven God”