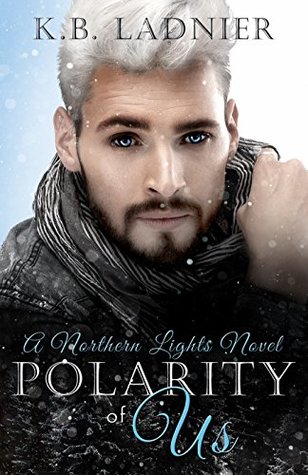 My name is Daisy Lennox.

Life has been on the fast track to hell for me lately. Between my fiancé cheating on me just weeks before walking down the aisle, and my career as an author going down the drain from lack of inspiration; I’m a hot mess. When it starts to feel like nothing will look up, my best friend Hannah comes to the rescue with a vacation in mind. One that involves leaving the city life of Chicago, for a more secluded one in a small town called White Hemlock in British Columbia, Canada. I thought nothing could bring back my inspiration to write, or my ability to feel so strongly for someone again.

That is, until I met him…

My name is Bastian Urso.

I’m not completely human and my life has been a mess for as long as I can remember. My wife was taken away from me by hunters for being what we are, leaving not only a gaping hole in my heart, but also leaving me to raise our daughter Addylin alone. We left our home in Alaska not long after for this secluded city called White Hemlock for a fresh start. Here, we found the peace we needed to move on with life, Addy being the only thing holding me together. But the pain and bitter loneliness of losing my wife only seemed to get worse with every passing day.

That is, until I met her…

Two people. Two different worlds. More than two hearts at stake. Daisy and Bastian are polar opposites in almost every way, but one; loving each other more than they feel they deserve to.

When he stopped, I walked around him to see where we were. I couldn’t have been more surprised.

A small shack sat next to a pool of water that was steaming. The snow around the water was completely melted away with grass growing around it, making the spot look like it didn’t belong here. The shack looked newly built and only large enough for maybe two people to walk around comfortably without feeling claustrophobic. Behind it all was a backdrop of the mountains.

Bastian sauntered over to the pool and dove in. He flipped around in the water a few times then came back up. When he surfaced, he was no longer a bear. He was a very wet, sexy, naked man. The water was only deep enough to barely cover him from the waist down, showing off that glorious V-shape in his hips.

“What do you think?” He asked with his arms raised up.

“It’s one of the spots I camp at when I decide to hunt as a bear. I discovered the hot spring while chasing a moose one day and knew I had to come back. I built the shack in case Addy came with me or if I decided to change back into my human form. I can sleep in the cold as a bear, but just as a human is pushing it.”

“It’s amazing,” I replied, though I was looking at his body while I said it. I honestly wasn’t sure if I was talking about the spring anymore.

He laughed and held out a hand for me. “Yes, it is,” he said, obviously pretending I was talking about the spring. “Now, undress that beautiful body of yours and join me.” 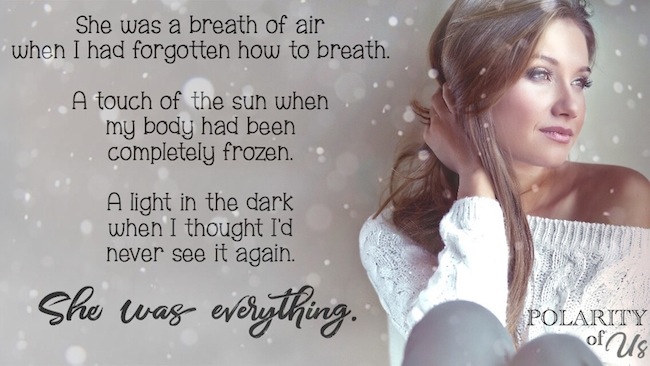 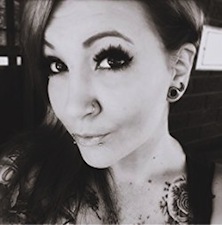 K.B. Ladnier is from a small city in Southern Mississippi. She has one daughter and three cats who she claims are stealing her soul in only tiny doses so she won’t notice. She is a cyborg and spends most of her time hiding from her tiny human so she doesn’t have to share her snacks as she reads her favorite books. She hates the beach yet lives only ten minutes away from it and daydreams of mountains and snow. She is married to a hot nerd and loves him dearly even though he hordes cookies and occasionally hides her prosthetic leg from her when she’s mad, so he can get a quick escape. She plans to write as long as people continue loving what she does, otherwise she’s going to say screw it and do her second dream of owning a coffee shop. Though, she may still do both.